This article is republished, with permission, from Long Beach Antifa.

For those who celebrate the day, we would like to wish everyone a Happy St. Patrick's Day! If you did not reach this webpage from Twitter, please be sure to view our Twitter thread. 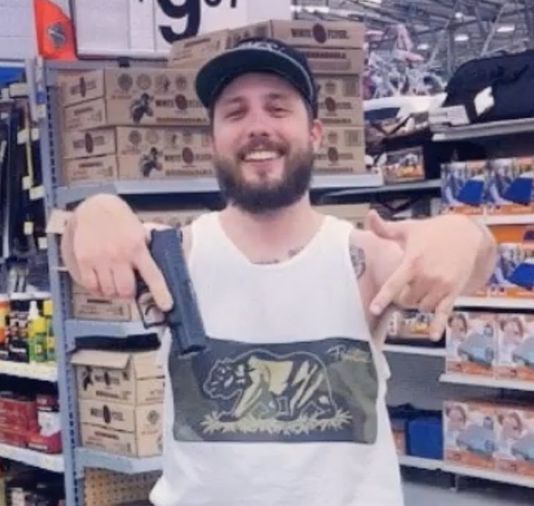 "Patrick chose the wrong side". – A Long Beach resident

Patrick Kevin Kelly is in his early 30's, is a self-avowed fascist living in Lakewood, and is a student at Long Beach City College. We feel that you, residents of the community, should know a little more about Patrick and the danger he poses so that our community can unite against white supremacy.

Kelly is a member of Identity Evropa, a group now attempting a crude rebranding as American Identity Movement (source two), an ADL and SPLC-designated Neo-nazi hate group, whose members took part in the planning of the deadly August 2017 Unite the Right rally in Charlottesville, VA. Identity Evropa is known for targeting college campuses and promoting a white "identitarian" philosophy as a cover for their racism and white supremacy. The group seeks to rebrand this deadly ideology with the face of dapper, "intellectual" young professionals who can then use their persuasive power to level discrimination against those who are not cisgender, heterosexual, and white.

We have been unable to confirm whether or not Kelly participated in the deadly August 2017 Unite the Right rally in Charlottesville, VA, but an instagram posts suggests he may have been in attendance. Perhaps someone that knows him can shed some light. 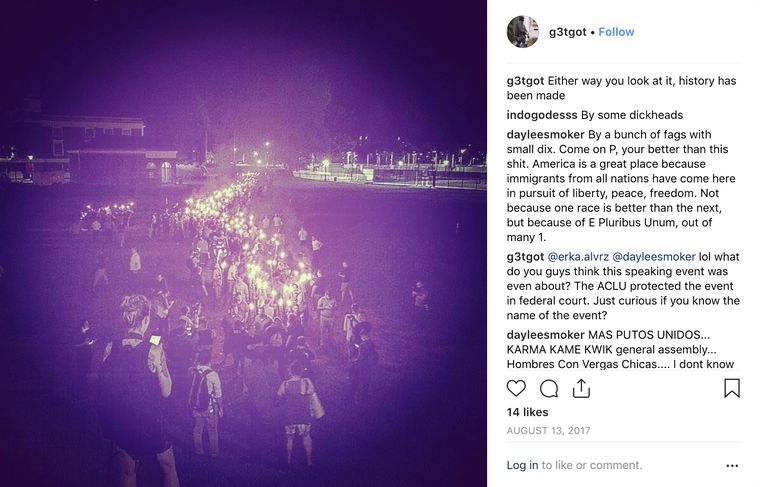 This post suggests Kelly may have attended the Unite the Right Rally in Charlottesville, VA.

In keeping with his apparent ties to this group, Kelly targets LGBTQ+ and POC students at LBCC, tearing down posters promoting Latinx and Queer campus group meetings in an effort to make sure "free speech" only applies to white people. 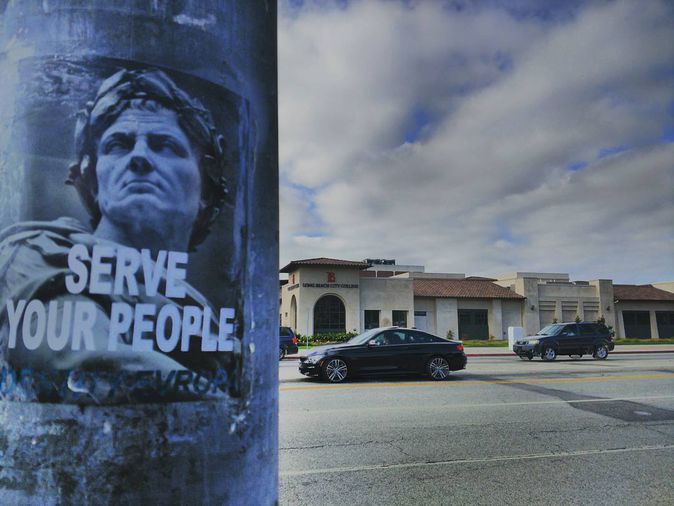 Kelly puts in work for his group.

He has also posted images of Identity Evropa posters near LBCC which one can only surmise are vandalism as his.

Kelly is well armed. It appears Kelly's favorite hobbies are shooting his non-CA compliant AR pistol (please note that in California, all rifle barrels must be 16″ or longer) in the desert, skateboarding, and hip-hop music. Kelly is not shy about showing off his arsenal of weapons online, often with threatening poses. On various social media platforms, Kelly can be seen mixing drugs (lean) with guns. Perhaps someone should remind Kelly that it is a felony to be a gun owner and active drug user and felons are barred from gun ownership for life in California. It should be noted that there are several images of Kelly posing with a non-California compliant AK-47 (it lacks a fin around the pistol grip). Lastly, and probably most interesting, we discovered Kelly holds a permit for armed security in Los Angeles county, license numbers 1603784 and 2640603. 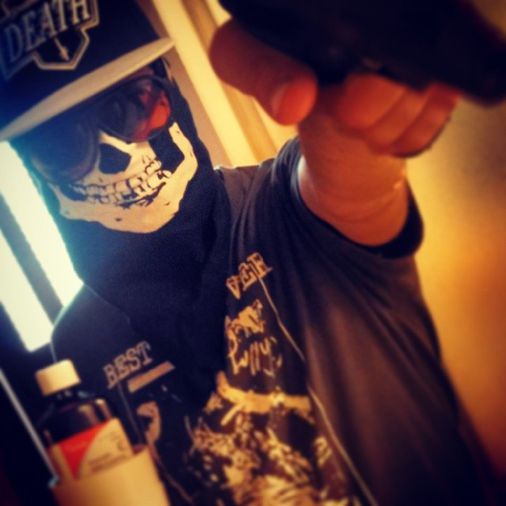 Kelly wearing the same skull mask as members of RAM.

Various sources indicate that Kelly holds two jobs. One with Rent-a-Center in Norwalk, as an "asset specialist" and the other with Alexis Limousine & Sedan Service in Long Beach. On social media, he boasts about being a "repo man" often doing his work around via Wanda in North Long Beach.

This expose has been posted to keep our community aware of people making threats of violence. The police won't do anything to protect Long Beach from white supremacists so it is on us to help defend our communities.