This article was contributed by the "Coordinating Committee of Concerned Vandals."

With the recent leak of chat logs for the white nationalist group Identity Evropa (IE), previously hidden members of the secretive racist organization are now exposed. Basic research reveals "micbwilli", a participant on the IE chat server, as Birmingham resident Michael Britt Williams—a PhD Candidate in Biology at University of Birmingham in Alabama. 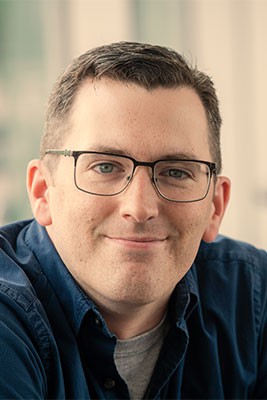 On the Discord chat server for Identity Evropa, user "micbwilli" stated that he has a very common name, works in a lab, and is a PhD candidate. Online discussion indicates that he is based in Birmingham, Alabama. In a chat during a weekday night, "micbwilli" discussed having killed a "bunch of small animals" during the day, presumably for his lab job. On September 25, 2018, "micbwilli" stated that he ate dinner with his mother the night before, and that "She wanted for weeks to take me out for birthday celebration stuff." The user also gives his age as 31 later in the logs. The user's handle could also be a clue to his real name, since it contains the early letters of a first name, a middle initial, and then finally part of a last name.

On the Department of Biology website for the University of Alabama at Birmingham (UAB), Michael B. Williams is listed as a PhD candidate. He helpfully provides a downloadable resumé. Williams stresses his "Native Born Citizen" status and "European ancestry" on the top of his resumé; the inclusion of these details is highly unconventional and unprofessional and warrants attention. You can download this resumé here.

Williams' birthday is September 25, 1987; if he was "micbwilli," he would have had a birthday dinner with his mother the night before he turned 31. Williams' resumé also mentions earlier employment at a bowling alley and a watch store. On the Discord chat, "micbwilli" states that he "worked at a bowling center for 2 years." In Discord chat, he also asked IE's "Director of Activism" Justin Wayne Peek about his favorite watch brand, trying to start a conversation.


In the Identity Evropa server, "Micbwilli" posted this view from his porch (photo brightness has been increased)

As if this was not enough evidence of "micbwilli" being Michael Williams, in late October "micbwilli" posted an image of a carved pumpkin on his porch. The street view corresponds perfectly to the view from the entrance of the Stratford Apartments on 18th St S in Birmingham—an address listed for Michael B. Williams.

Michael Williams has been a dues-paying member of IE since January 12, 2018. His messages reveal that he is thoroughly immersed within the world of Alt-Right white nationalism. In one post, Williams mentioned listening to "TDS" while at work, stating that he was not able to share what he found so hilarious with his coworkers. "TDS" is short for "The Daily Shoah," a racist podcast whose name is a reference to the Holocaust. In another post, Williams uses the acronym "JQ"—short for "Jewish Question"—which is popular amongst the Alt-Right and neo-Nazis. Elsewhere, Williams uses another antisemitic meme, the triple parentheses, to refer to people he believes to be Jewish.

While Williams may often be coy about his politics around the Department, at other times he is clear about his convictions. For example, Williams posted about needing "to speak up" to "a guy in my office that is Japanese-American" who "always goes on about how clean and nice it is and that everyone has health care." Williams insisted to this coworker that such conditions were due to a racially "homogeneous population and that culture is downstream of biology." In another post, Williams stated that "I got drunk with my boss once and told her a bit about my politics." According to Williams, "She laughed nervously." (Elsewhere in the IE logs, Williams describes his boss as "a lush.")

While Williams may not always be clear about his white power politics in person, in his online posts Williams has urged IE to be clear about its white nationalism and to proclaim itself as a "racial identitarian moment" for "White culture and identity".


Williams' two cents about how Identity Evropa should present itself.

Much of William's activity for his "Racial Identitarian" cause appears to be behind the scenes work. In one post, he proposes that IE members should meet up and do phone canvassing together for GOP senatorial campaigns. This is in line with IE's broader goal of infiltrating and influencing the Republican Party. Williams also appears to be a white nationalist propagandist on Twitter. In one post on Discord, he brags about his account being followed by neo-Nazi and former Klan leader David Duke.

A Discord post by Michael Williams suggests that he may have a "don't shit where you eat" attitude toward visible white nationalist displays on his own campus. Chatting with another member of IE about placing their organization's propaganda, Williams writes: "I personally wouldn't do it in my own area. Maybe do the school over instead."

Williams does however take part in some street activism for his racist organization. In one post from the IE server, Williams/"micbwilli" and two others are thanked for "coming out" to an IE activism day in June 2018. Williams is also a scheduled attendee for Identity Evropa's March 8-10, 2019 "Leading Our People Forward" national conference in Kentucky. In discussion about the conference, Williams stated: "My boss thinks I'm going to Disney."

If you have more information on Identity Evropa members, reach out to: ID@identifyevropa.org.