This article was contributed by Colorado Springs Antifa and Eugene Antifa. 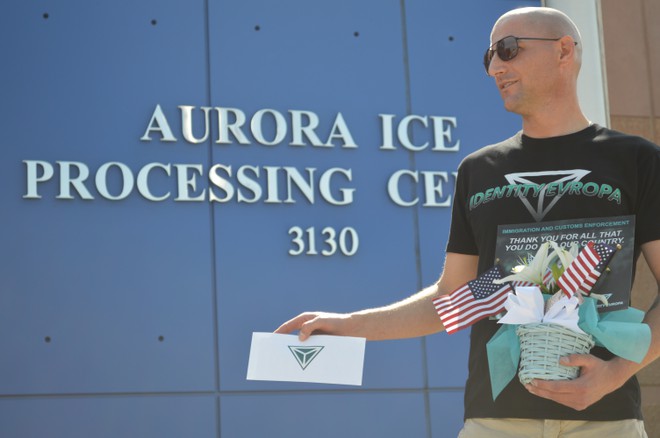 Cory Allen Reeves is a Master Sergeant with the US Air Force of the 50th Space Wing at Schriever Air Force Base located in Colorado Springs, Colorado where he also currently owns a home. Cory Reeves has been with the military since at least 2005, has been a member of Identity Evropa since at least October of 2017, and served as the Colorado state coordinator of Identity Evropa. Reeves was a "patron" member of Identity Evropa which meant he paid a monthly higher amount of dues than required. This extra monthly financial contribution to the white supremacist organization gave Reeves access to special communications and meetings reserved for patrons, leadership, and the advisory council. Reeves regularly posted white supremacist propaganda throughout Colorado, encouraged members to donate to the group beyond their $10 monthly dues, and coordinated actions, events, and meet ups locally and nationally.

Master Sergeant Cory Reeves registered for the 2nd annual Identity Evropa conference which took place in Kentucky on March 8, 9, 10 of 2019. At this conference, the organization announced that they were changing their name to the American Identity Movement (AmIM). When referring to the group, we will use the acronym "AmIM" since "AIM" is already taken by the American Indian Movement. By default, Identity Evropa membership rolled into the newly named group, and on the third day of the conference, the attendees participated in the first official action for the American Identity Movement in nearby Nashville, Tennessee. Cory Reeves continues to organize with this group under its new name. 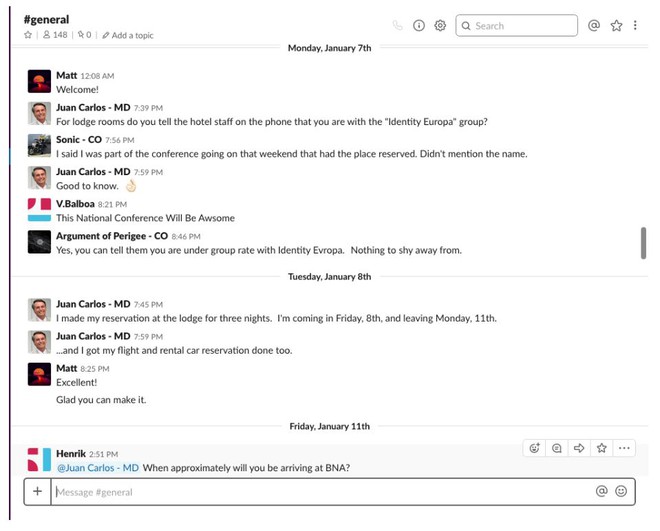 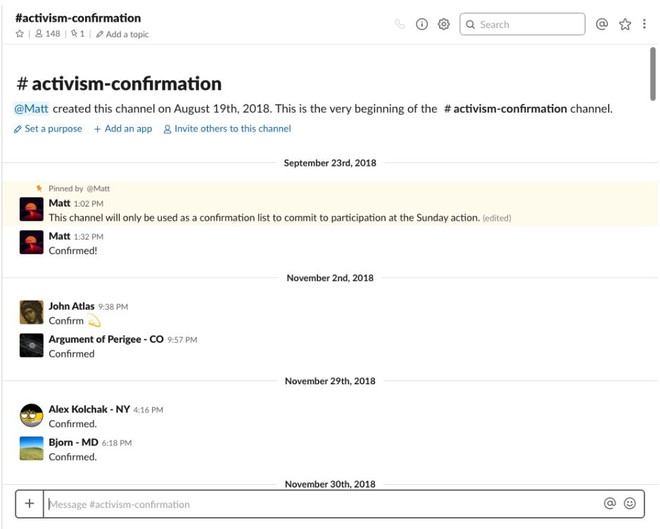 Master Sergeant Cory Reeves aka 'Argument of Perigee CO' confirms his attendance to Sunday's action at the Tennessee capitol, and encourages members not to shy away from announcing they are with the group Identity Evropa while reserving lodging for their annual conference. Screenshots of the Identity Evropa Slack messages courtesy of Unicorn Riot.

The rebranding of Identity Evropa has allowed the group to, among other things, recreate social media on platforms which have banned Identity Evropa. Facebook and Instagram have taken action against American Identity Movement, but Twitter continues to offer them a platform.

Master Sergeant Cory Reeves went by the username "Argument of Perigee" on the Identity Evropa Discord server which was recently leaked by Unicorn Riot. Reeves did, however, use his real name during his appearances on Patrick Casey's podcast, "Identitarian Action." Reeves is best known as the bald guy who has brazenly shown his face at a number of Identity Evropa actions in Colorado, Wyoming, Utah, Florida, New York, Kentucky, and Tennessee in the last year. Our efforts to identify him stretch back to last year. 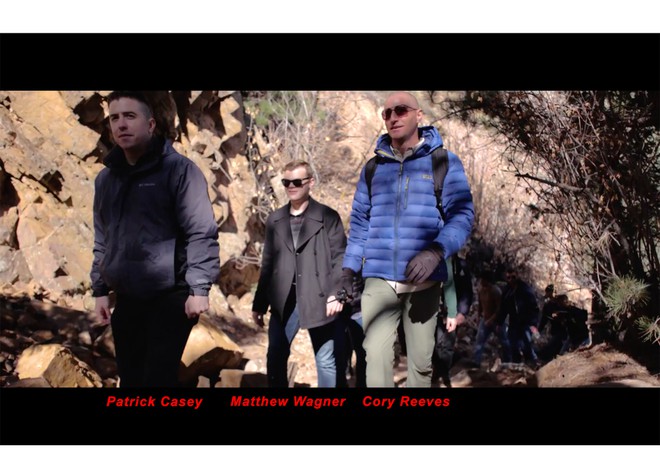 Prior to Reeves moving to Colorado Springs in April of 2018, Reeves was in Hawaii. As "Argument of Perigee CO," Cory tells us that during his time in Hawaii, he was the only Identity Evropa member there. Perhaps due to Reeves' racist and bigoted views, his wife of ten years dumped him for a Marine, and Cory found himself single before leaving Hawaii for Colorado once again. One might interpret that Reeves' white supremacist ideology was forming by at least 2015. In this interview by the local news, Cory is seen wearing a tshirt with neo-Nazi imagery- a common tactic used as a dog whistle for Right extremists. 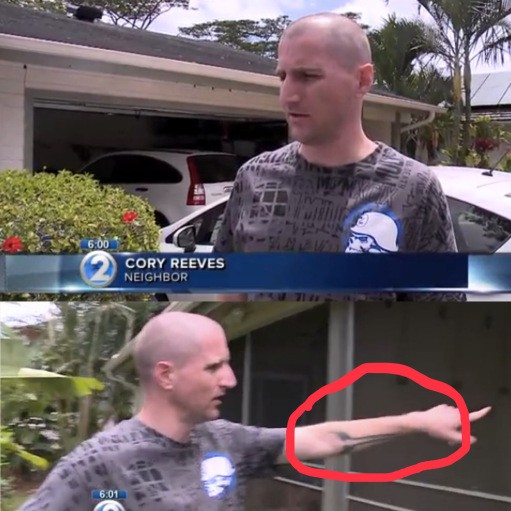 Cory Reeves has a distinct tattoo on the inside of his left forearm. 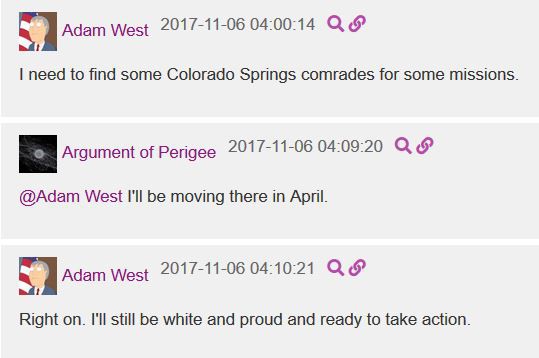 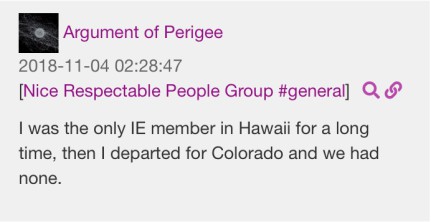 Schriever Air Force Base in Colorado Springs isn't the only AFB Master Sergeant Cory Reeves has been stationed at in Colorado. According to the post bulletin from Buckley Air Force Base, Reeves was stationed in Denver, Colorado at Buckley AFB in 2010. It is important to note that both of Reeves' units at Buckley AFB and Schriever AFB are incredibly specialized. They work with satellites. Reeves' handle in the Discord server, "Argument of Perigee," actually refers directly to satellites. Cory Reeves has one of the most sensitive and technical jobs in the Armed Forces outside of Special Operations Command. He most certainly has a security clearance, at least a Secret, but due to the nature of his work he might have a Top Secret clearance. Security clearances have become a hot topic lately, and people are right to be concerned about who has access to what information. To get a clearance, applicants go through a lengthy investigation process, which is more rigorous the higher the clearance. 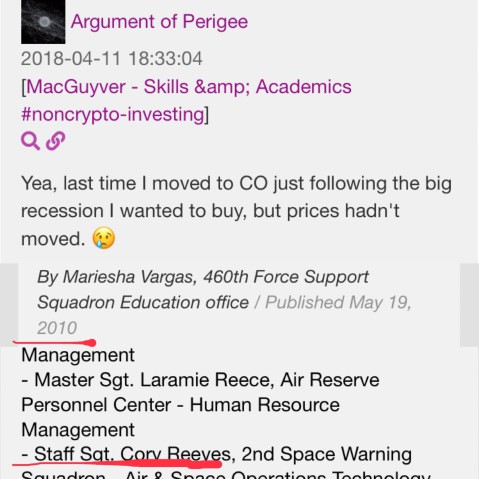 Master Sergeant Cory Reeves alludes to his involvement in the military and even brags about using his Identity Evropa 'activism' in his Air Force Enlisted Performance Reports.

The US military, which as an entity has more financial, technical, and human assets than most countries, has been unable to determine that one of their most sensitive workers is a member of multiple extremist groups. We must re-examine these systemic blind spots that make rooting out white identity extremists a low priority. Master sergeant Cory Reeves is a huge liability to the armed forces. Cory Allen Reeves is an active duty member of the military. The military explicitly bans service members from affiliating with white supremacist organizations. Cory Reeves marks yet another active duty member of the military who was involved in Identity Evropa. 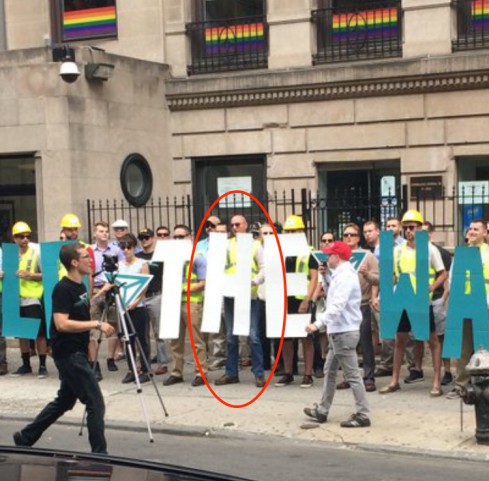 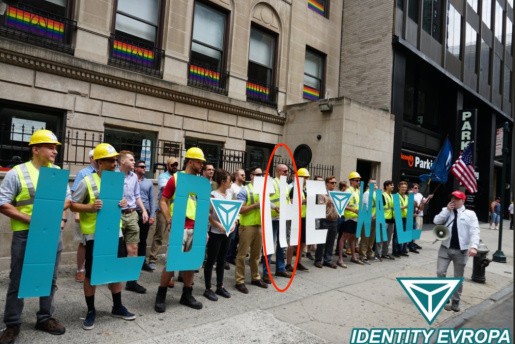 Master Sergeant Cory Reeves stood in front of a foreign ally's consulate in a racist protest sponsored by Identity Evropa. In these photos, Reeves can be seen in New York, in front of the Mexican Consulate, holding the letter 'H.' The full racist messaging spelled 'Build The Wall.'

Identity Evropa and the American Identity Movement aren't the only extremist organizations Reeves is part of. He is also a dues-paying member of the Oath Keepers. The crossover between Identity Evropa and the Oath Keepers isn't surprising, as we've warned about the potential for militia and neo-Nazi collaboration. With their re-brand, the American Identity Movement is aesthetically aligning themselves further with the militia and patriot movement. We will likely continue to see an overlap between "Identitarians" and "Patriots" 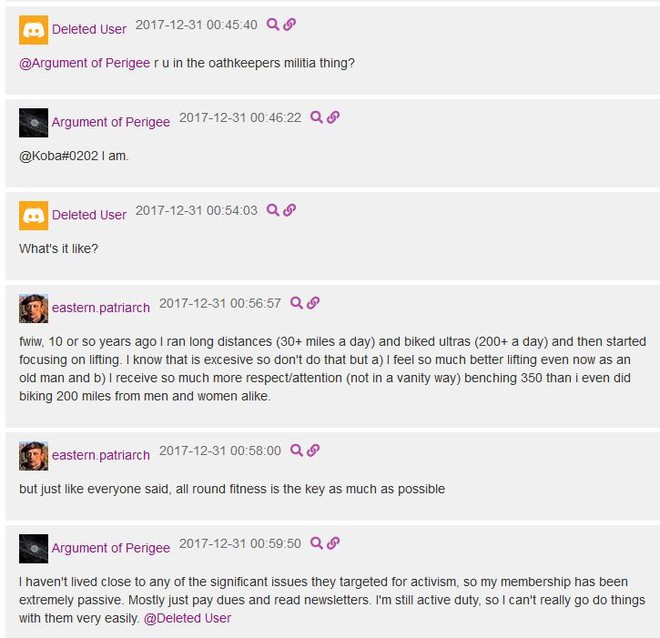 As a Master Sergeant, Cory Reeves is a bit far into his military career. As a senior non-commissioned officer, he should know better than to organize with these extremist groups. He bet his retirement, his GI Bill benefits, his security clearance (and with it, post-military employment) on the hope that he would never be identified. He was incredibly careful, but in the end he was caught. Antifascists will continue to disrupt racist and fascist organizing. Will Cory Reeves' family, co-workers, and neighborhood community be able to sway his white supremacist views?

Colorado Springs has had its fair share of Identity Evropa propaganda, and a lot of it has appeared in the Briargate area, very close to Reeves' home. It now appears that Master Sergeant Cory Reeves is continuing his bad habit of littering the town with white supremacist propaganda; but, this time, the propaganda is stamped "American Identity Movement." 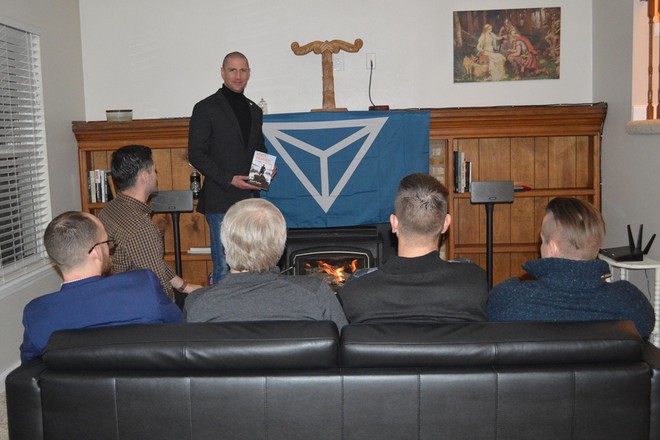 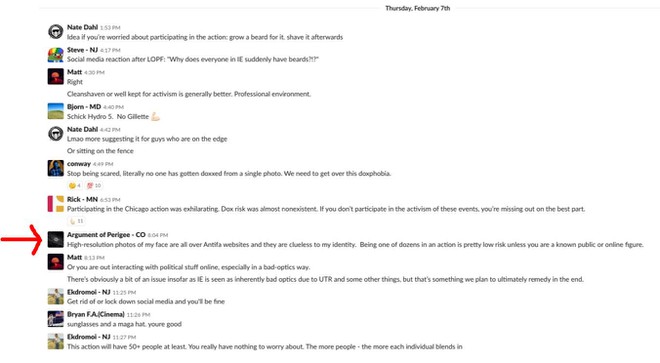 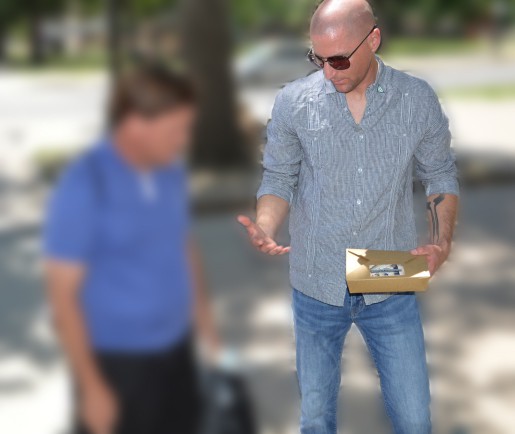 Master Sergeant Cory Reeves has a distinct tattoo on the inside of his left forearm. 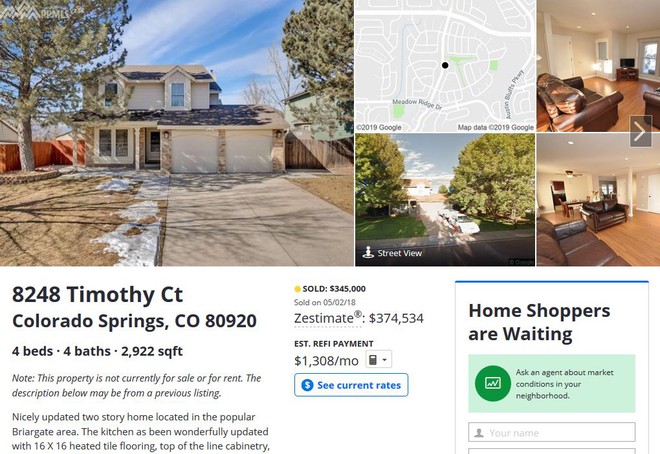 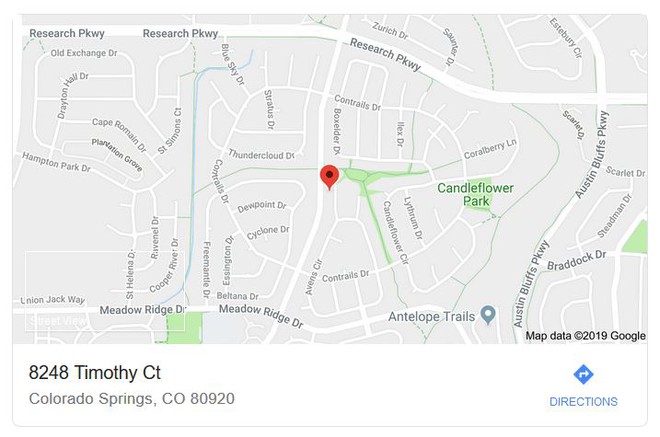 Please contact the Schriever Air Force Base Inspector General and let them know Master Sergeant Cory Reeves is organizing with a white supremacist group. Push for his removal. Download this PDF and distribute to the Colorado Springs community. Contact your local antifascist group with tips on any Identity Evropa or American Identity Movement activity. 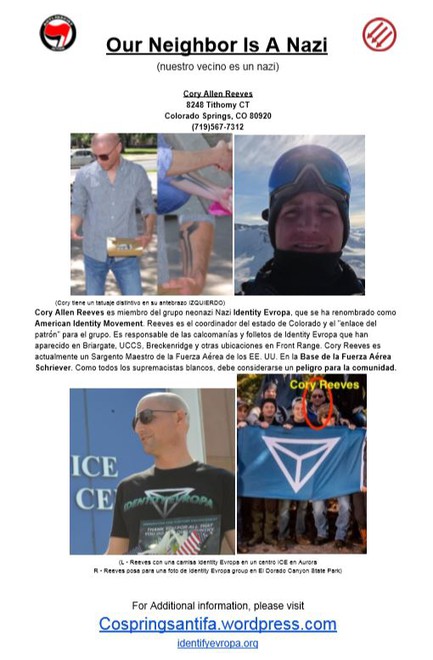 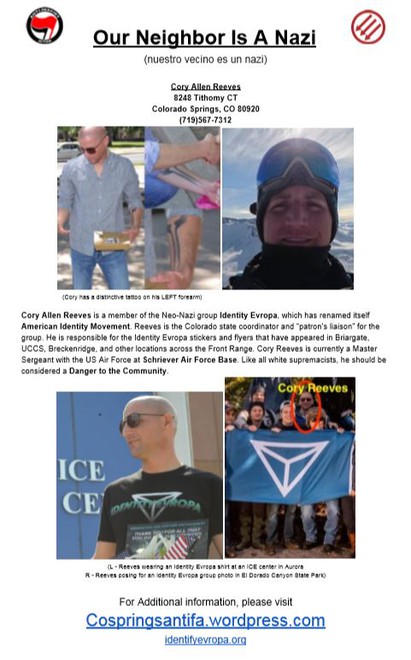