This article was contributed by WANaziWatch.

As noted by identifyevropa.org and by a recent Huffington Post piece, Identity Evropa membership included many current and former members of the United States military. Military membership in white nationalist and neo-Nazi groups is hardly a new development.. Recently, military neo-Nazis were also discovered in the neo-Nazi paramilitary/survivalist group The Base and within the murderous Atomwaffen Division.

Lonewolf19d gets his first mention in the IE discord server on September 20, 2017, when we are told that he will "be in WA for a while," and that he is living near Olympia. We also learn that he is from Ohio. Lonewolf19d frequently posts pictures of the propaganda he has put up in the Pacific Northwest and NE Ohio: 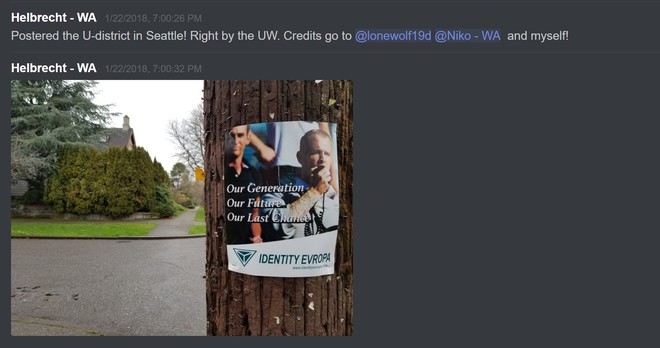 Despite recent headlines exposing extremists within the military, user Lonewolf19d makes no attempt to hide the fact that he is a member. He joked with his white nationalist friends that, "during a range brief an NCO used the saying 'being Jewish' when referring to being stingy... I had to stop myself from LOL'ing." In September 2018, he tells IE members that he is currently transitioning out of the military.

Identifying Lonewolf19d was a fairly simple process. We were aware of the Twitter account @halloweenfiend. Research to identify the owner of this Twitter account led us to a post on a costume and prop-making forum made by the user "halloweenfiend666," featuring photos of a homemade Anton Chigurh mask. Information from this forum post led us to a DeviantArt account with an identical username, "halloweenfiend666," and photos of the same mask. The DeviantArt user called himself, "Jon Gould." From there, we found links to a sculpting blog and an Etsy page featuring even more of the homemade masks. 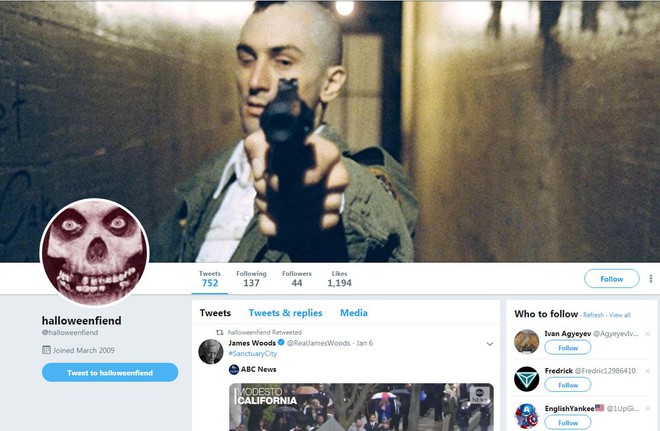 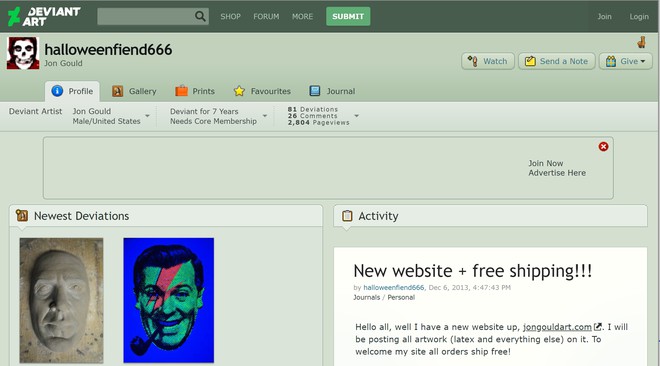 Granted, the costume-making is rather harmless, and he actually appears fairly talented. However, further research led us to a more disturbing side of "Jon Gould:" his profile on the infamous message board Stormfront (picture below). Stormfront is a neo-Nazi message board run by run by white supremacist Don Black. News reports credit Stormfront posters with the murders of close to 100 people. We were able to confirm his identity because the profile picture used by Lonewolf19d on Stormfront is the same profile picture used on his Discord profile. Further, the message history states that he makes Halloween masks, lives in both Ohio and Washington (picture below), and that he "cannot wait to attend some events and contribute to the cause." 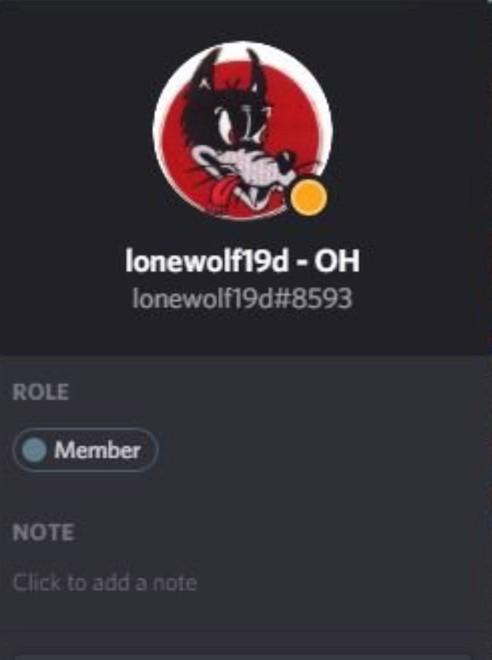 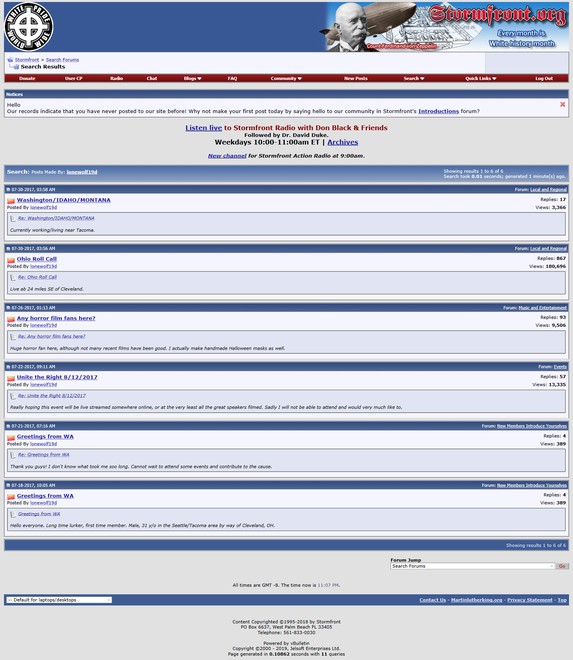 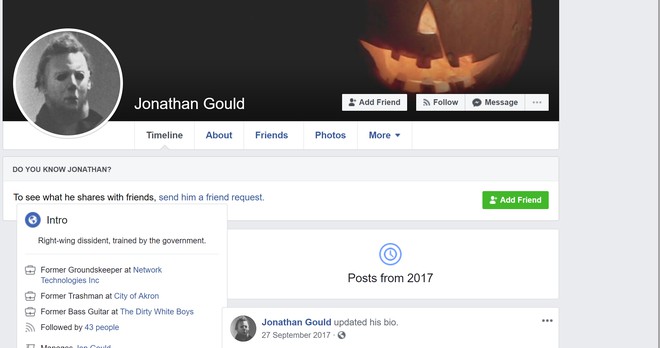 With all of this information, we tracked down his Facebook page to confirm that all these pages are from the same person. Ultimately, we concluded that his name is in fact Jonathan H. Gould,“ a 33 year old (dob 11/4/85) United States Army soldier stationed near Tacoma, WA with a residence in Cuyahoga Falls, Ohio. 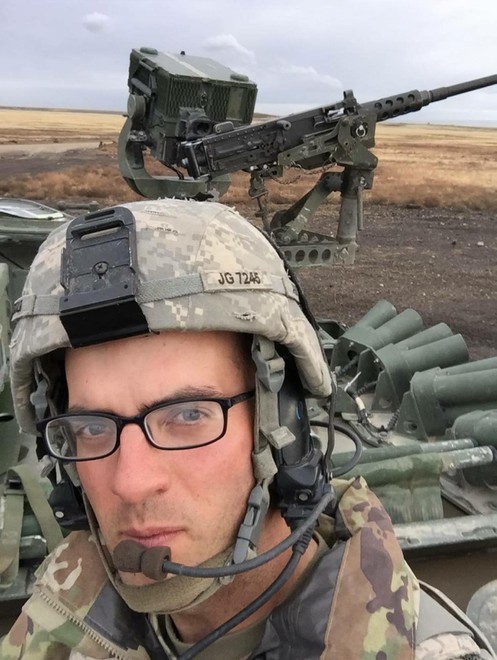 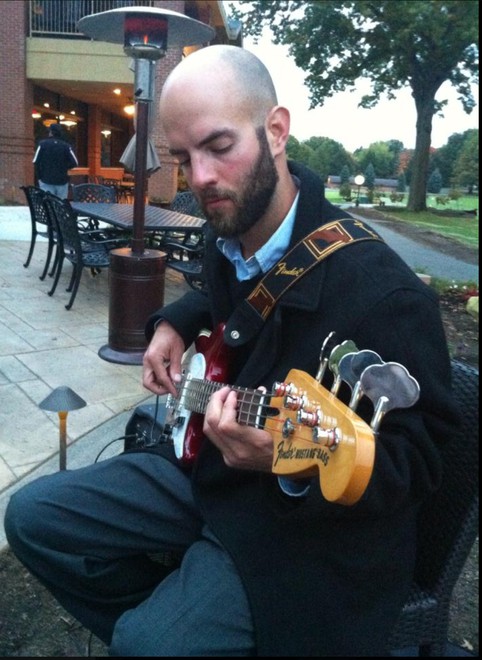 In July 2017, U.S. Army soldier Jonathan H. Gould posted on the white supremacist message board Stormfront that he was eager to "contribute to the cause." Two months later, Jonathan joined Identity Evropa, where he promoted the white nationalist group in the PNW and Ohio. Jonathan H. Gould desribes himself on Facebook as a "right-wing dissident, trained by the government" and we believe he is dangerous to any community he resides. If you have tips regarding this person's location or activities, please send us an anonymous email at ID@identifyevropa.org or IDevropa@protonmail.com.