In early April, our organization exposed metro Atlanta resident John Lee Clemmer as a member of the white nationalist organization Identity Evropa (IE) and an active racist propagandist operating under the alias “Why Tea”. Clemmer bankrolled an expensive banner action by the white power organization IE on Georgia Tech campus in late 2017. Clemmer also snuck far-Right messages into his science fiction novels and forcefully campaigned against a Black teaching assistant at the University of Georgia. 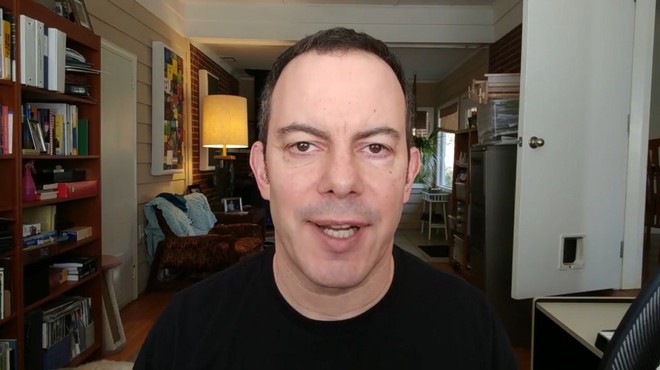 We identified “Why Tea” as John Lee Clemmer via leaked discussion logs from IE, which were published by the Unicorn Riot independent media collective. Identity Evropa has now rebranded as the “American Identity Movement” (AmIM). At the time, we did not know whether Clemmer had stuck with the white power organization after its name change, but new evidence establishes that Clemmer has remained in IE/AmIM.

With the publication of our article on Clemmer, we alerted Clemmer’s employers at International Business Machines (IBM), where he was working as a managing consultant for Cloud Identity Services. We also mailed flyers to Clemmer’s neighbors in Smyrna, Georgia, informing them of the racist propagandist in their midst. In response, Clemmer lied and insisted that he had been misidentified.

In May, we updated our article to state that “We have received multiple indications that John L. Clemmer is no longer working for IBM”. We pointedly did not write that Clemmer had been fired.

Now, Unicorn Riot has published a new set of leaked messages from AmIM, providing discussion from that group’s “Dox Support” channel. This channel was established so that members of the racist organization who had been publicly identified could discuss how best to respond. John Lee Clemmer appears in this channel as “Humanbiodiversity”: a scientific-sounding euphemism for racism. In one message, “Humanbiodiversity” discusses “when antifa sent flyers to all my neighbors” and the neighbors’ responses. Due to the timing and details of what occurred, this could only refer to the mailing of John Lee Clemmer’s neighborhood. Elsewhere, “Humanbiodiversity” clumsily switches from writing about his experience in the first person to referring to John Lee Clemmer in the third person. Since Clemmer shared his thoughts in a closed chat exclusively for AmIM members, it is clear that Clemmer stuck with the white nationalist organization IE after it rebranded as AmIM.

In the “Dox Support” discussion, Clemmer/“Humanbiodiversity” revealed on April 20th that his employer had decided not to fire him and had ruled – despite mountains of evidence to the contrary – that there was nothing to link Clemmer to the racist propagandist “Why Tea”. By the time that Clemmer made this comment, our organization had even noted that John Lee Clemmer maintained a playlist of racist propaganda under his own name in addition to his materials as “Why Tea.” 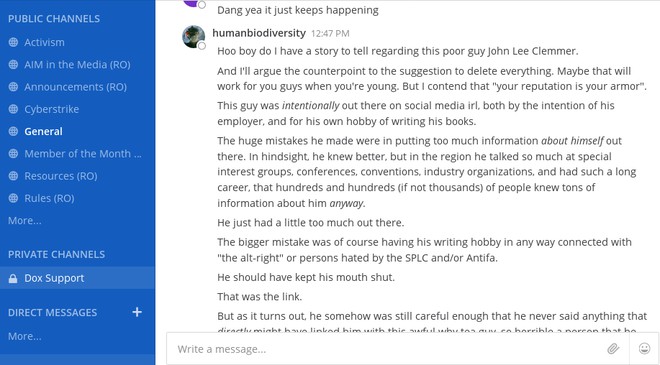 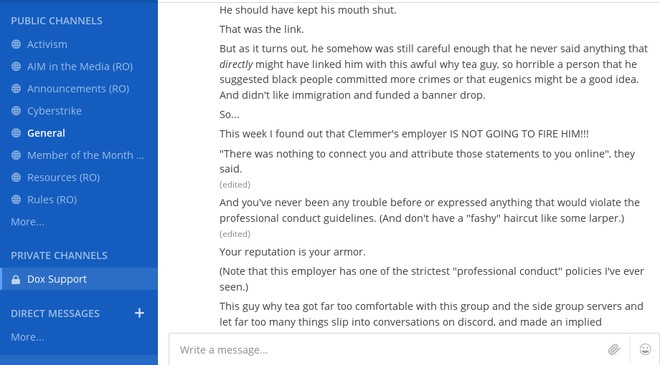 On April 26, Clemmer/“Humanbiodiversity” stated that he was doing the “deny deny deny thing” to the public. In another comment from May 5, Clemmer disclosed his strategy for the future: “It’s disinformation about reality for me from now on.” Clemmer then joked that he was actually an electrician (rather than an IBM employee). 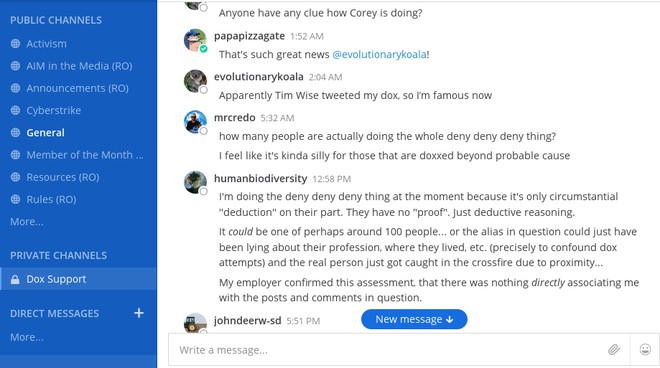 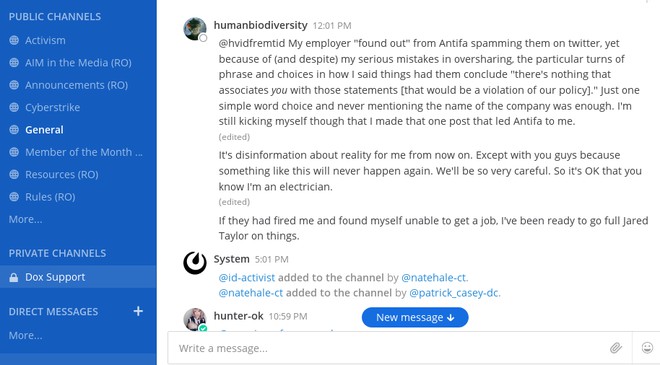 Finally, on May 14, Clemmer/“Humanbiodiversity” gloated that “Antifa is now 0 for 2 with me,” having neither got him fired for what he admits were fire-able breaches of his workplace’s code of conduct, nor preventing him from getting a new job. It appears that Clemmer left IBM having received new employment after the company had botched its investigation. 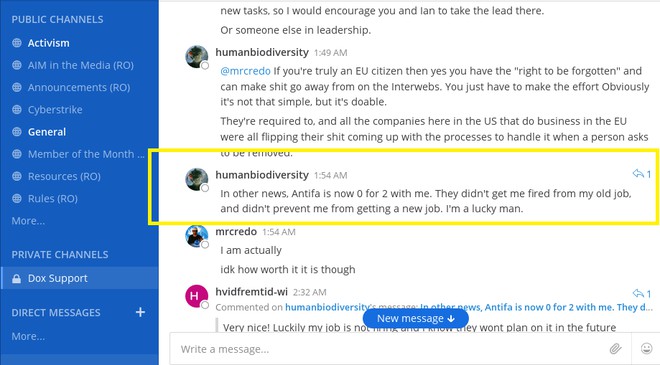 John Lee Clemmer as “Why Tea” on Twitter. Note the date of Clemmer’s all-caps post, which corresponds to Clemmer’s gloating in AmIM “Dox Support.”

With his comments to the “Dox Support” channel, Clemmer revealed just how badly IBM mishandled its internal investigation. While investigating, IBM made no effort to follow up with our organization, for example asking questions about our research or requesting further documentation. Predictably, IBM are now keeping quiet about their clearing of an active racist propagandist.

Now that this sad chapter has concluded, all we can do is publish evidence of IBM mishandling its investigation, and of John Lee Clemmer’s “deny deny deny” strategy about his white power involvement.

If you have further information on Clemmer, his current employment, the American Identity Movement, or other white nationalists in our region, please get in touch.