This article is republished, with permission, from Panic! in the Discord.

Howard J. Fezell posted as "Singleton Mosby – WV" in Identity Evropa's "Nice Respectable People Group" Discord server. Fezell, who is 66-years-old, was formerly a director and board member of the National Rifle Association and remained with the right-wing organization until he and others were ousted by Wayne LaPierre and his loyalists in the late 1990's. Fezell has previously been in trouble with the Maryland Bar Association, and appears to be living in West Virginia now. 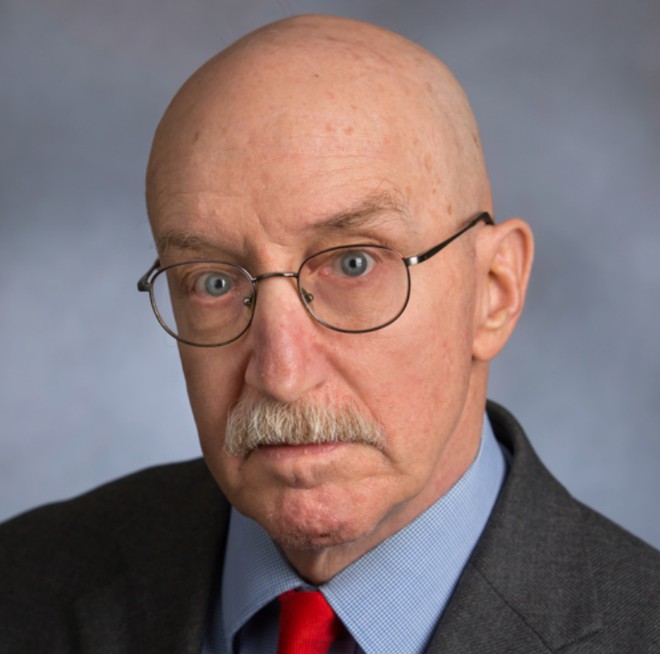 Fezell's membership in Identity Evropa further demonstrates the various connections between ultra-powerful mainstream right-wing organizations and fascist movements. According to his posts in IE's Discord server, Fezell joined the neo-nazi group in May of 2018.

Posting as "Singleton Mosby," Fezell also revealed his full name and occupation (lawyer) in Identity Evropa's Slack chats (which were also recently exposed by Unicorn Riot). Fezell's Discord username is a reference to the leader of a confederate cavalry. 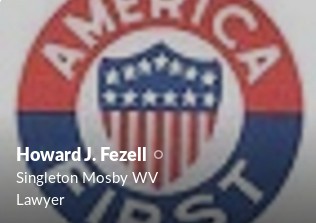 Howard J. Fezell used his legal name alongside his Discord username in IE's Slack. He also gave his occupation.

Fezell has an incredibly unique name, and gave away information about his job, so linking him to his past with the NRA was possible with a simple search of his name:

Screencaps from documents preserved by the FEC regarding a lawsuit over the NRA's internal split notes Fezell served a term as director of the NRA. Link to a PDF of the document here: https://www.fec.gov/files/legal/murs/current/39883.pdf

Further confirming his identity, Fezell left clues that he's from an older generation than pretty much everyone else in Identity Evropa:

Fezell calls himself an "old fart" and also claims nothing he's said "has ever been held against him." Hmm.

He also once represented a group called "Women Against Gun Control," which, along with several other groups including the NRA, challenged California's gun control laws regarding assault weapons in the early 2000s. They tried to have the case heard before the Supreme Court, but the case was rejected by SCOTUS.

Fezell has also been quoted by the white supremacist website "American Renaissance," which was founded by the neo-nazi Jared Taylor. Taylor is very popular with Identity Evropa: its members have been regular attendees at the American Renaissance conference in the last few years, and IE members regularly post propaganda advertising one of Taylor's books.

Fezell is obsessed with firearms, which means he fits right in with a neo-nazi group. Fezell has a record of defending gun dealers, especially people who improperly store their firearms.

Members of IE frequently posted about firearms in their Discord server even though IE enforces rules around discussing firearms in conversations that could later be seen by the public, such as Discord chats. (They foolishly believe this will trick the rest of us into thinking they aren't genocidal.) IE members also hold "range days" together, where the neo-nazis gather together to practice shooting.

We all know this isn't just a couple buddies at the range.

In this screencap from IE's now-banned Slack channel, member "Konrad – MD" discusses a shooting day. Sounds like "Juan Carlos – MD" may be in possession of a lot guns…

Because of the rules around "gun posting," some members know to (relatively) quickly take the conversation elsewhere. Such as before they get into too much detail about potentially illegal guns:

A small bit of insight into IE members' fears about getting busted on weapons or related charges if they talk too openly about their blood lust and gun obsession.

Fezell's suspected Twitter account is "LittleMarco12" (that account uses the same "America First" icon that Fezell used on IE's Slack, and the account was also caught commenting on the doxxes of other Identity Evropa members) has been archived here.

You can also find the Yelp page for his Maryland bankruptcy and DUI practice here. Though he had a law practice in Marlyand, his online IE activity and other intel suggests he is now living in West Virginia. You can read all of his Discord posts as "Singleton Mosby" here.

If you Google Fezell's name, you can find all of the sickening articles he has posted in the past, and the drama he was involved with at the NRA. We won't link to any of his "articles" or other posts here, because Nazis deserve no platform. His antisemitism runs deep.

Fezell has already been in trouble with the Bar Association in Maryland, and had his license to practice law suspended for 60 days in 2000. For his neo-nazi activism, Fezell should be exposed and never allowed to practice law again. Fuck nazi lawyers. You can reach the Maryland State Bar Association by calling the following numbers: (410) 685-7878, (800) 492-1964 or e-mailing info@msba.orgis

He says in the Discord chats that he lives in Charles Town, WV, and other intel suggests he resides in Shepherdstown, WV (the two towns about about 20 minutes apart).

Panic! in the Discord Antifa created this article. If you have tips, send them to: panicinthediscord@riseup.net or @discord__panic on Twitter.