This article was contributed by New York City Antifa. 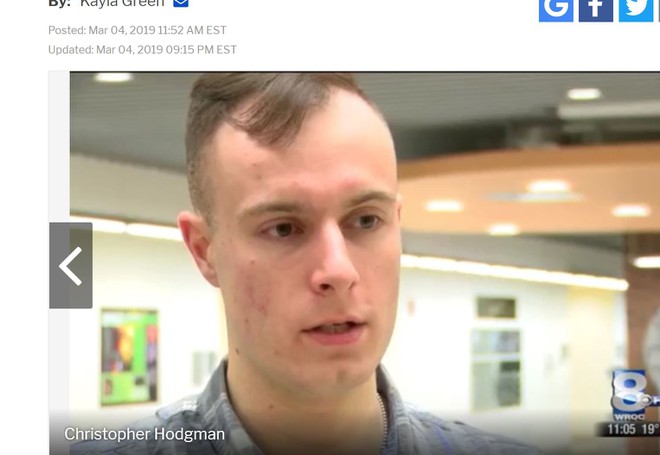 University of Rochester student, US Army Reserve Signal Support Systems Specialist, and US Army ROTC cadet Christopher Hodgman (Alex Kolchak - NY on Discord) was recently cited by Brighton police for distributing white supremacist material in Brighton and Pittsford, NY. The flyers in Brighton and Pittsford were not isolated incidents, and only represent a fraction of his efforts on behalf of the white nationalist group, Identity Evropa. 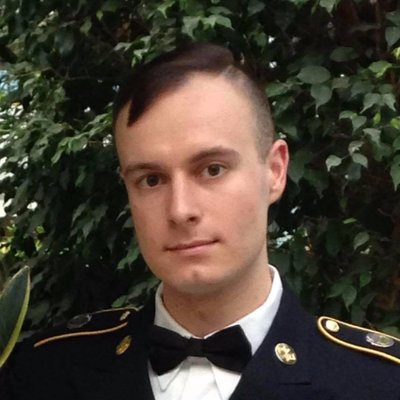 We have evidence of Hodgman distributing propaganda to the following locations from August to December 2018: Pittsford twice, Brighton twice, Binghamton, the University of Rochester twice (as well as other areas in Rochester), Buffalo twice, Honeoye Falls, and possibly DC. We believe he distributed at least seven dozen items of Identity Evropa propaganda targeted at recruitment and radicalization during this time period.

He also attended an Identity Evropa event in DC in November 2018:

Hodgman was previously president of the College Republicans at the University of Rochester. This is representative of the Identity Evropa tactic of infiltrating student organizations in an attempt to radicalize and recruit them.

Hodgman has multiple messages in an Identity Evropa organizing chat related to this tactic.