This article was contributed by the "Coordinating Committee of Concerned Vandals." 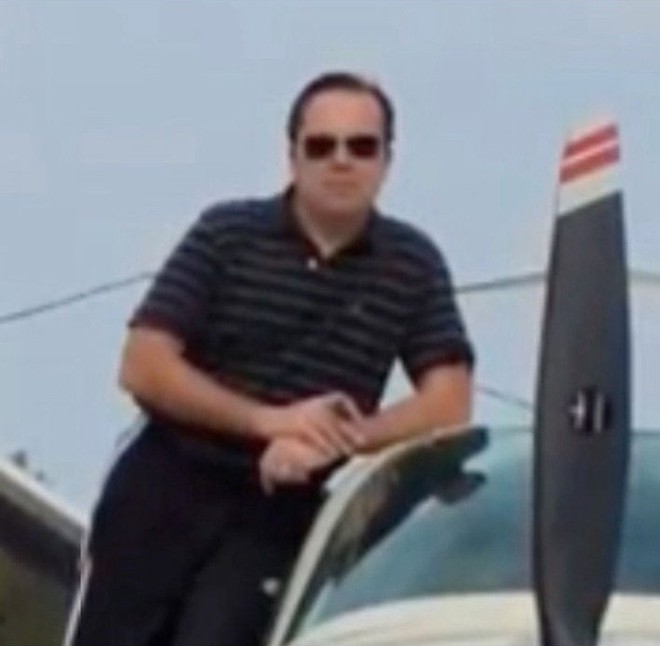 Andy Gene Strickland, Esq.—known by his Discord and Twitter username "FlyingDutchmann"—is a Tampa Bay-area based immigration lawyer and a member of the white power organization Identity Evropa/American Identity Movement. As an active white nationalist, Strickland donates funds to Identity Evropa, works with the organization's Florida chapter, and travels to its national gatherings. Andy Strickland does not appear to see any conflict between working day-to-day as an immigration attorney and building a racist organization that wishes to "END IMMIGRATION" to the United States.

In leaked discussion from Identity Evropa's Discord server, FlyingDutchmann is identified as a Florida chapter member. "FlyingDutchmann" offers to tap his connections with a Lakeland, FL-based construction firm and shares local news from the tampabay.com site, suggesting that he is based in the Tampa Bay area. Andy Gene Strickland's home address is in Seminole, and his law practice, National Immigration Law Group, PLLC, is in St. Petersburg, which are both in the Tampa Bay area.

FlyingDutchmann admits to being older than most of his peers in Identity Evropa, remarking that he managed to keep pace with younger members while hiking for their "Defend the Rockies" action in Colorado, November 2018. Andy Gene Strickland is 44 years old.

FlyingDutchmann is a pilot, posting pictures from within the cockpit of a small plane flying over Florida. This plane cosmetically matches the V-tail small airplane (probably a 35 series Beechcraft Bonanza) featured in Identity Evropa's February 2018 "Aviation Action" video. In this video, members of Identity Evropa were filmed departing from a grass airfield, flying over Orlando, and throwing flyers for their racist organization out of the plane. An Identity Evropa member responsible for the organization's video production requested that FlyingDutchmann take him flying at some point. 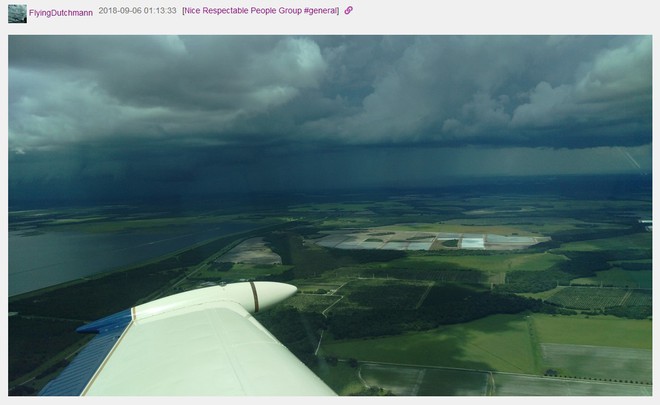 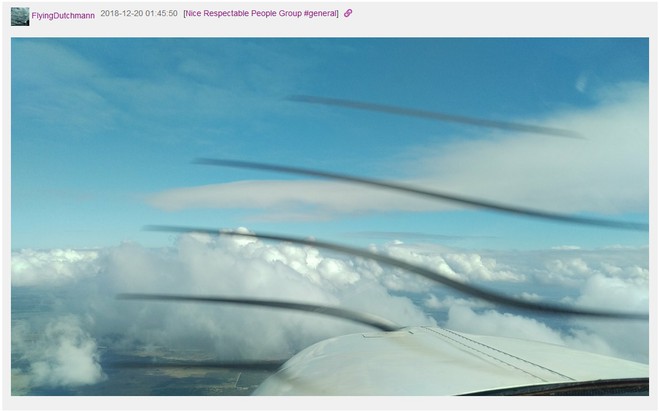 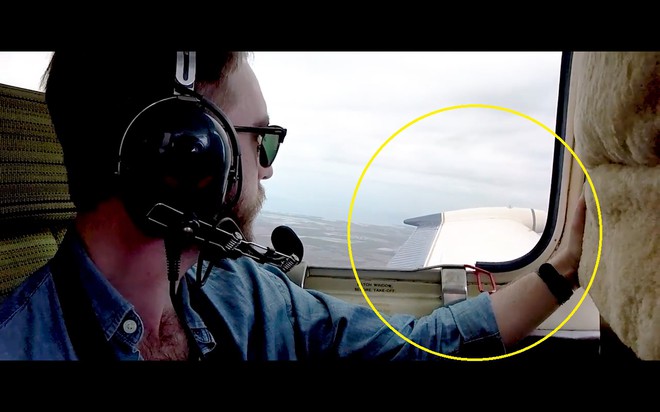 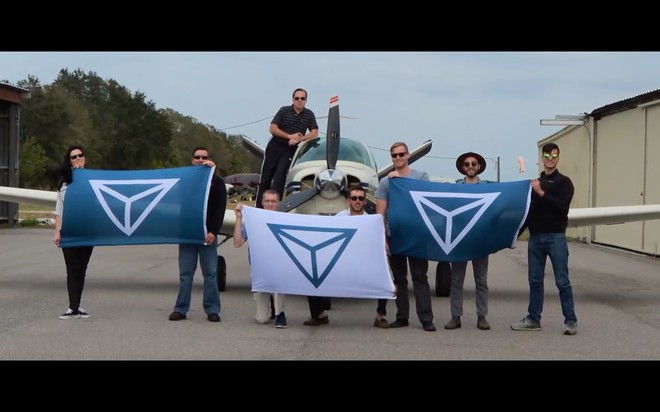 Like FlyingDutchmann, Andy Gene Strickland is also a pilot: Strickland has a pilot license for single-engine planes. On his law firm website, Strickland is pictured with a Beechcraft A-23 Musketeer airplane. Strickland owned that plane (N-number N8894M) from 2011 to 2015. During this time, Strickland touted the reliability of Beechcrafts in general on an aviation website. Strickland also stated that he operated out of airport 48X (Airport Manatee) in Manatee County, a grass field. After Strickland sold his Musketeer in 2015, he continued to fly and operate out of Airport Manatee. Comparing the airfield in Identity Evropa's "Aviation Action" video with pictures of Airport Manatee/48X, it is clear that they are the same. 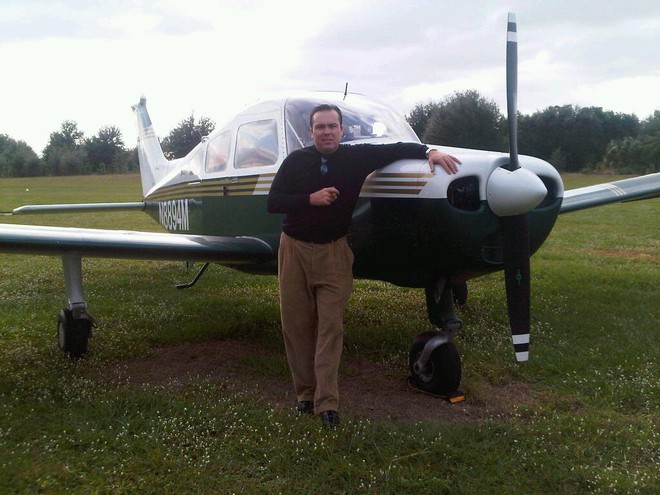 Picture of Strickland with Beechcraft Musketeer which he owned from 2011-2015, taken from his law firm website 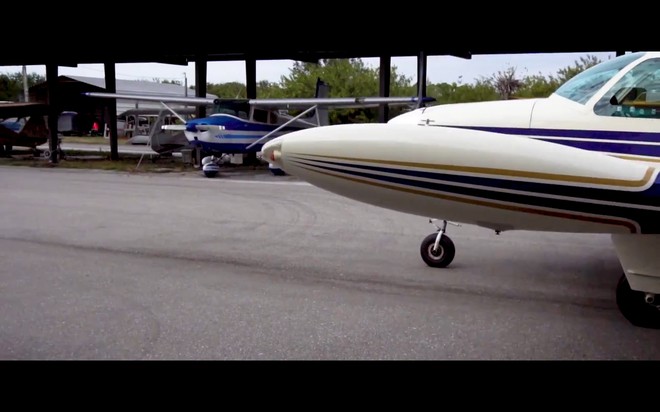 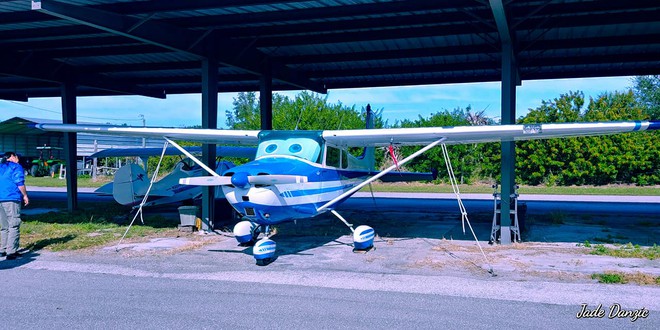 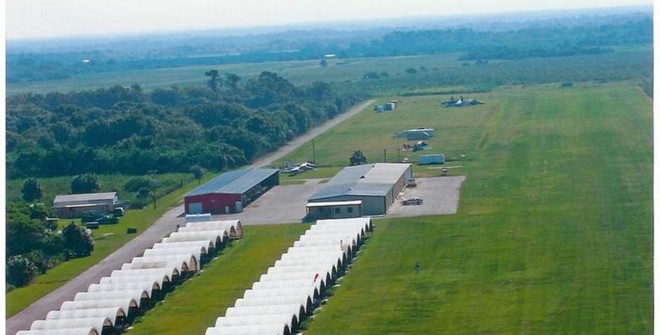 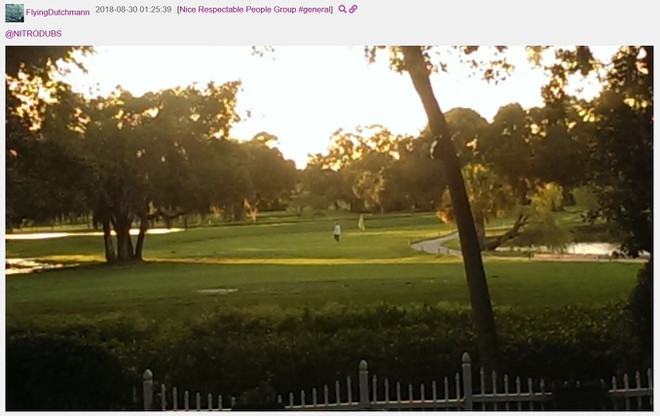 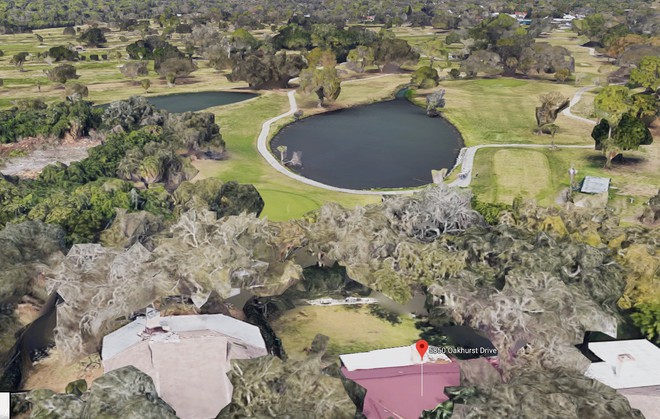 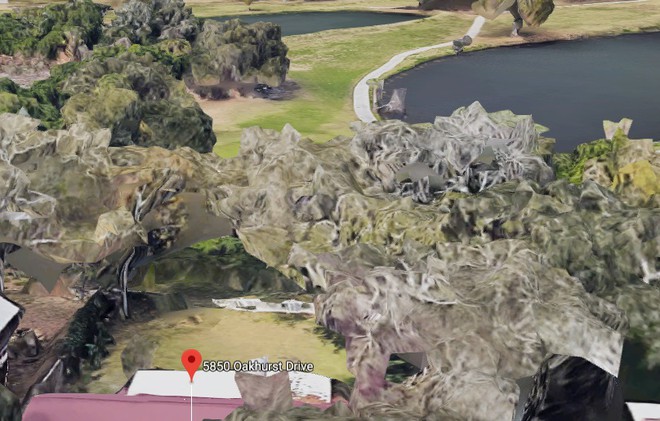 Two renderings of Andy Strickland's backyard, as generated by Google Earth. Note the same bent tree by the water.

Picture of Strickland's back yard, as posted to Save the Tides Facebook Page 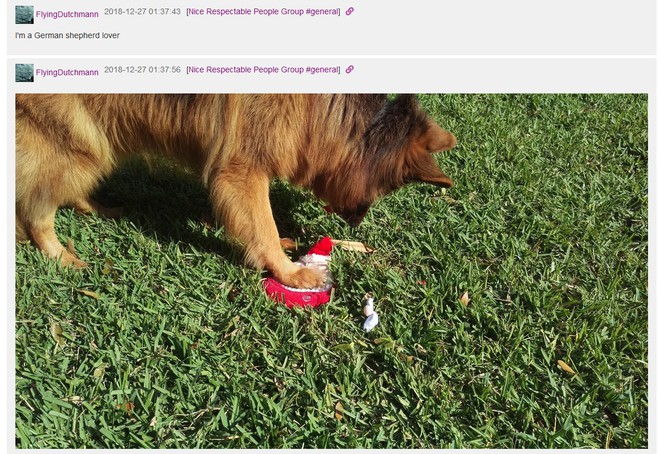 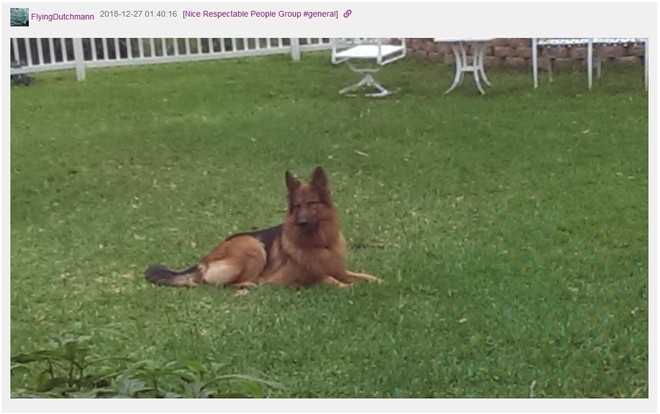 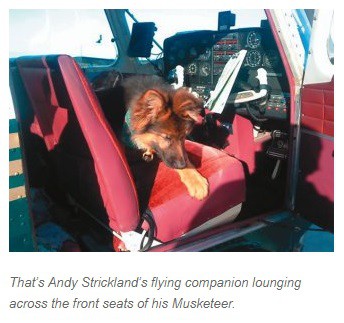 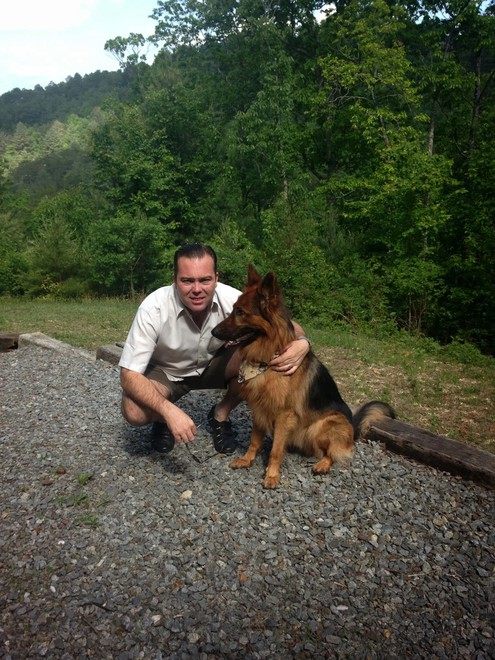 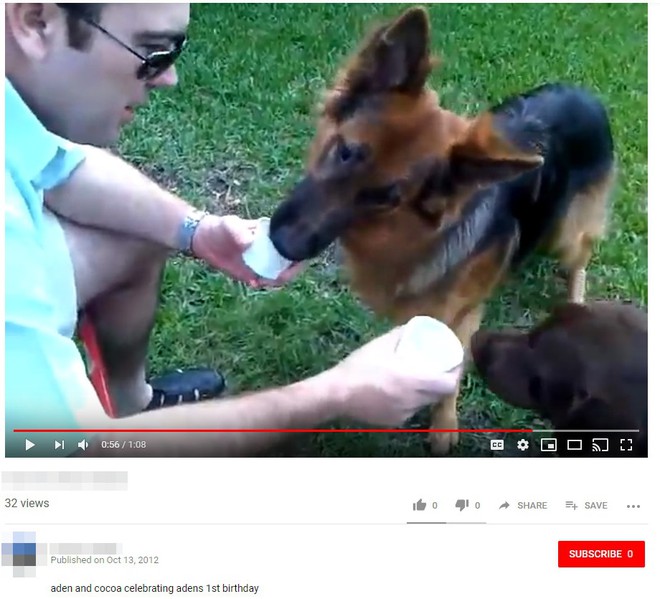 In the leaked servers, FlyingDutchmann posted a picture of himself in a gym, wearing an Identity Evropa shirt and Adidas track pants. An individual of similar physique, in the same pants, is pictured in a clean-up of Greenwood Cemetery in Orlando by Identity Evropa members (FlyingDutchmann refers to this event). The same individual is the sole person pictured on top of the stationary V-tail plane at the end of IE's "Aviation Action" propaganda video. This individual's appearance also matches that of Andy Strickland. When Identity Evropa held two anti-immigration flash demonstrations on July 28, 2018 in New York City, a member of Identity Evropa photographed at their "END IMMIGRATION" banner-drop at Fort Tryon Park has the same facial profile as Andy Strickland. An individual resembling Andy Strickland also appeared at IE's Colorado gathering in November 2018, photographed hiking with the white nationalist group in Eldorado Canyon State Park (FlyingDutchmann referred to this hike on the IE Discord server). 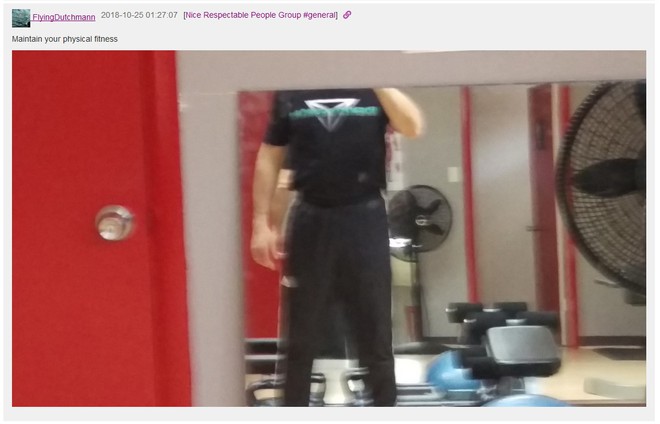 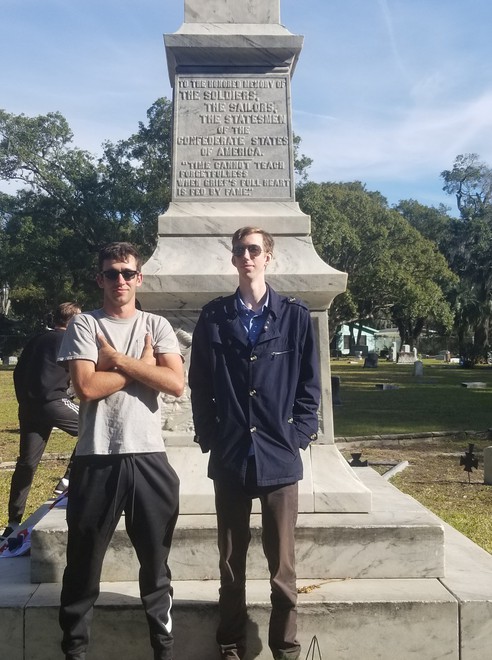 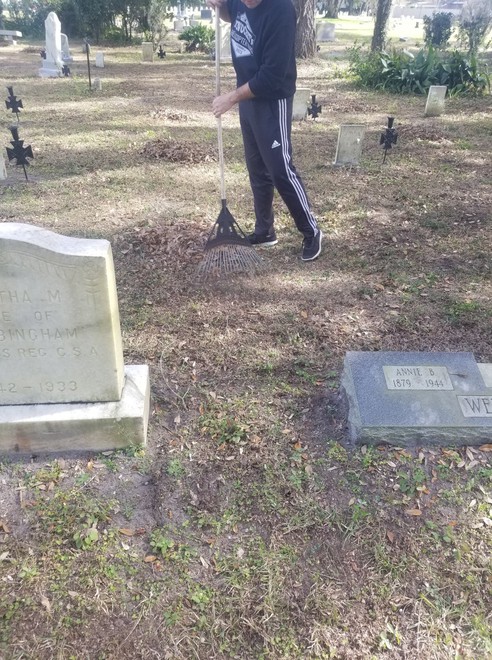 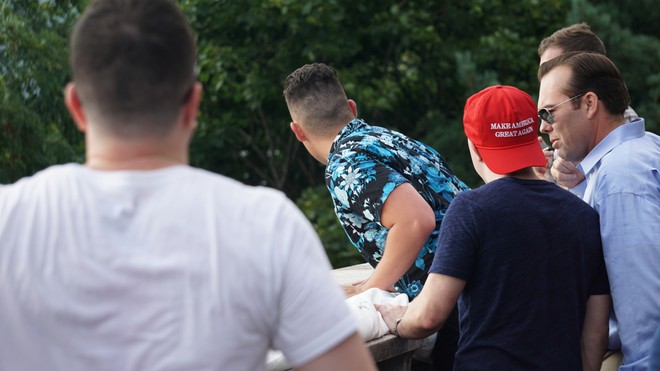 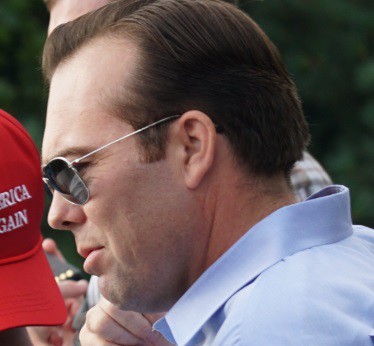 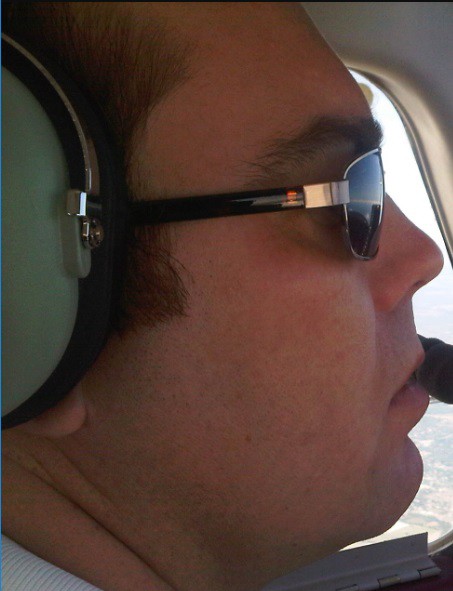 Facial profile of Strickland taken from his law practice website 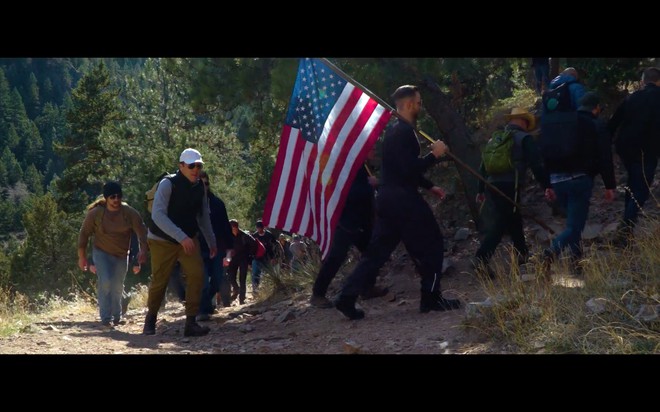 Throughout his posting history on the Identity Evropa servers, FlyingDutchmann keenly followed legal issues, directly asking IE leader Patrick Casey for updates on lawsuits; commenting on the law firm which represented Charlottesville, VA City Commissioners in a suit concerning Confederate statues; expressing anticipation for counter-suits regarding 2017's violent "Unite the Right" rally in Charlottesville; and expressing hope that more "Constitutional judges" will be appointed. These sentiments echo Andy Strickland's work as a lawyer and his frustration with the alleged "radical leftwing judiciary", who Strickland also characterized as "tyrants in black robes" in a pro-Confederate monument full-page ad he took out in The Ledger newspaper, January 2018.

The sort of money it takes to pay for a full-page ad in a Lakeland, Florida newspaper is consistent with the level of funding which "FlyingDutchmann" gives to the Identity Evropa white power organization. (We'll discuss this funding later.) Other interests expressed by or ascribed to FlyingDutchmann in the Discord leaks (motorcycles, aviation) say something about his economic status—about the same as a well-to-do lawyer who has his own practice.

Andy Gene Strickland has an affinity for neo-Confederate causes, especially the preservation of racist monuments. Strickland is on the paperwork for two non-profits focused on these issues. The first is Hillsborough Florida Flaggers, Inc., where Strickland is listed as Secretary. This group is a typical "flagger" group that recruits neo-Confederates, Southern nationalists, and so on to its events, and raises funds to purchase roadside flagpoles displaying Confederate battle flags in its area. One picture of a Confederate battle flag posted by Strickland/FlyingDutchmann in Identity Evropa's chat resembles those placed by Hillsborough Florida Flaggers. 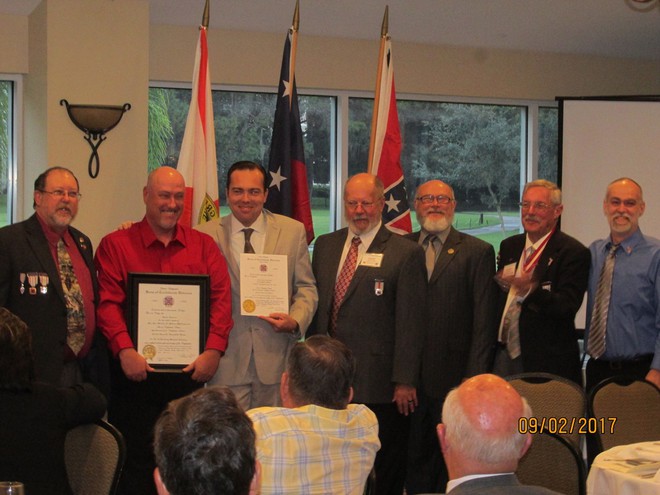 Strickland (3rd from left) at September 2017 neo-Confederate event in Florida. Strickland is holding a certificate from a Sons of Confederate Veterans chapter.

The second non-profit is Veterans' Monuments of America, Inc., where Andy Strickland is listed as President. The Facebook page for Veterans' Monuments of America, INC. includes several videos of Strickland holding press conferences supporting Confederate monuments in the Tampa Bay area. In defense of a Confederate monument in Munn Park in Lakeland, Andy Strickland took out a full-page advertisement in Lakeland, Florida's The Ledger, ranting:

"Lakeland voters know there is a concerted effort by a small group of out of town dissidents who want to REMAKE America because they believe we are a fundamentally flawed nation since our inception. Socialist groups, Communists, Black Lives Matter, Antifada [sic], CAIR, Palestinian Student Associations, the new Black Panther Party have organized or attended these "take 'em down" events"

"Eliminating Confederate history is just one small step toward radical leftism's achievement of their ultimate destructive goal: To Fundamentally Change America. That goal is the fundamental transformation of America from a Constitutional Republic into a cultural Marxist paradise."

Conspiracy theories of "cultural Marxism" and portraying George Soros as an international puppet-master are almost exclusively grounded in antisemitism. Strickland's lumping together of the various groups he listed as being united in a single campaign against America, may appear nonsensical. However, it maintains internal coherence if understood as a list of groups who a white nationalist would consider as enemies. Strickland is consistently quoted by news media as the voice of pro-Confederate monument mobilization in his region.

Pro-Confederate full-page ad in The Ledger by Andy Strickland

As a member of Identity Evropa, Strickland assisted an Orlando banner drop. He also offered matching funds to Identity Evropa for whatever was raised during one of their "fireside chats" (over $600). It is with the help of patrons such as Strickland that the white power group can keep rolling along. 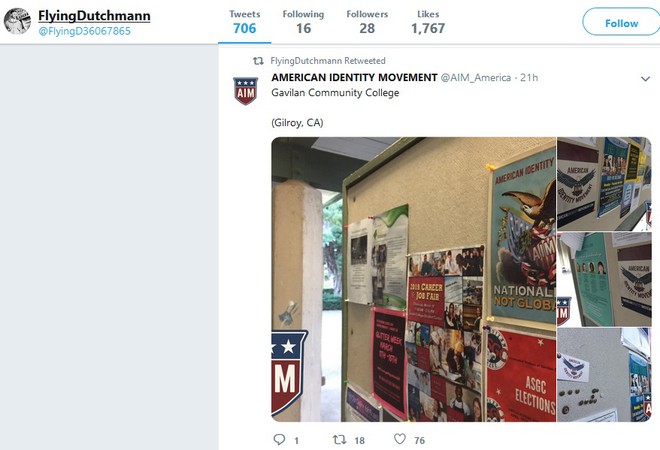 Andy Gene Strickland, Esq. of Seminole, Florida is an active member of the white nationalist Identity Evropa/American Identity Movement organization. Strickland posts to Twitter and participated in Identity Evropa's internal discussions under the screen name "FlyingDutchmann." We identified "FlyingDutchmann" as Strickland based on his location; being a single-engine airplane pilot who flies from Airport 48X and likes Beechcraft planes; having the exact same back-yard; having a look-alike German Shepherd; the matching physique and facial profile; and finally, biographical details and issues of concern all lining up.

Strickland's public political activities focus on the defense of racist Confederate monuments, including the administration of two non-profits dedicated to the defense of these monuments. Strickland even paid for a full-page advertisement in defense of one such monument in Lakeland, Florida. Strickland consistently engages in political advocacy and networking while not disclosing the depths of his white power ideology.

Strickland has rented cabins at the site of this year's American Renaissance conference for Identity Evropa members to use while in attendance. Strickland participated in several of Identity Evropa's "actions", including the Florida chapter's clean-up of a cemetery that features a re-located Confederate statue, and the actions "Defend the Rockies", "Defend Identity", and "Aviation Action". Based on Twitter activity, Strickland continues to support the white nationalist group as it rebrands to "American Identity Movement."