Stephen William Arnquist is a high school Japanese teacher and a member of the white nationalist group Identity Evropa. The group's internal chats were recently publicized by Unicorn Riot and antifascists have identified numerous members. Stephen graduated from Brigham Young University (BYU) in December 2007 with a bachelor's degree in Japanese. Following graduation, he relocated to Japan, where he taught English for seven years. Stephen alludes to his time in Japan several times in the Discord chats. In one message, he writes that he "lived in Japan for 7 years, drove a kei-car." Stephen mentions Japan elsewhere, including on the infamous white nationalist forum and violence-hub Stormfront. Stephen posts on Stormfront under his last name, Arnquist, and reveals that he lives in Japan and teaches English at the time of the post (2015). Additionally, Stephen expresses that he wishes to leave Japan and "teach Japanese to whites instead of teaching English to Japanese." Stephen returned to the United States in 2017, settling in Dallas, Texas. A since deleted LinkedIn page lists his occupation as "private tutor," but he now works as a high school Japanese teacher. 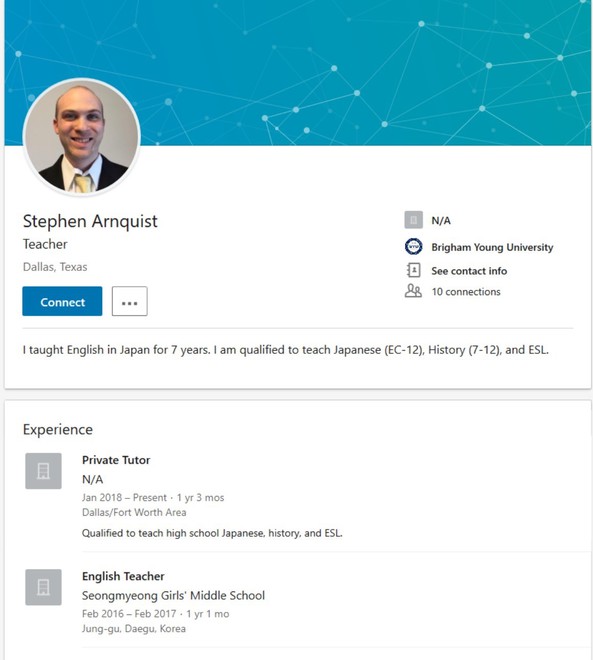 Additional clues can be drawn from the single Stormfront post made by "Arnquist." He introduces himself as an "American of mostly British and Swedish ancestry," drawn to white supremacy by American Renaissance videos. Stephen, like most members of Identity Evropa, posted his "23andMe" results in the Discord chats. They appear to match his claims made on Stormfront, showing British and Scandinavian ancestry. American Renaissance is an alt-right "race realist" website created by Jared Taylor. Yearly American Renaissance conferences have featured white supremacists like Richard Spencer and former Identity Evropa leader Nathan Damingo. 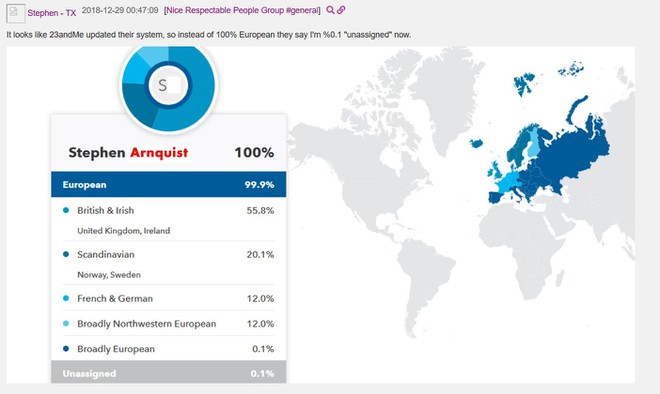 23AndMe data posted to the IE chats by Stephen aligns with the Stormfront post. Though the last name was redacted, we can see that Arnquist fits.

Stephen Arnquist is employed by the Dallas Independent School District and teaches Japanese at Skyline High School in Dallas. Stephen is qualified to teach Japanese and ESL to students in Texas, according to the Texas Education Agency. In the leaked Discord chats, "Stephen TX" describes himself as a high school Japanese teacher "in the Ghetto," at a school with a large Latinx and Black student body. Skyline High School fits neatly into this category, and also aligns with other descriptors Stephen offers. In one message, Stephen disparages his students, writing that "they're still unimpressive compared to mostly white classes I observed in neighboring districts." Briefly consulting the Skyline High School website confirms his employment. 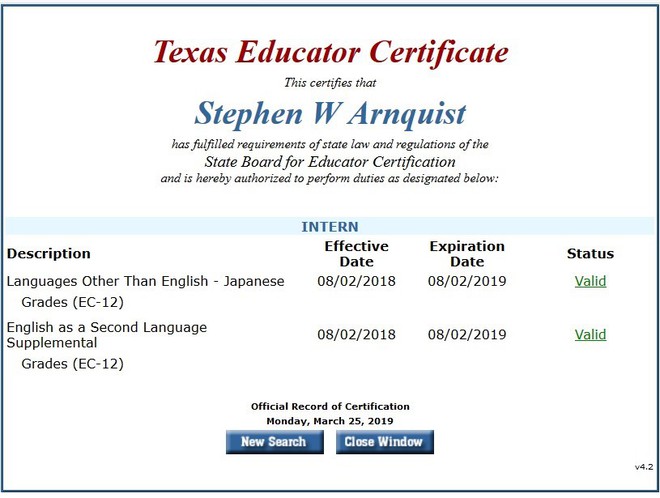 Stephen's education certification for the state of Texas 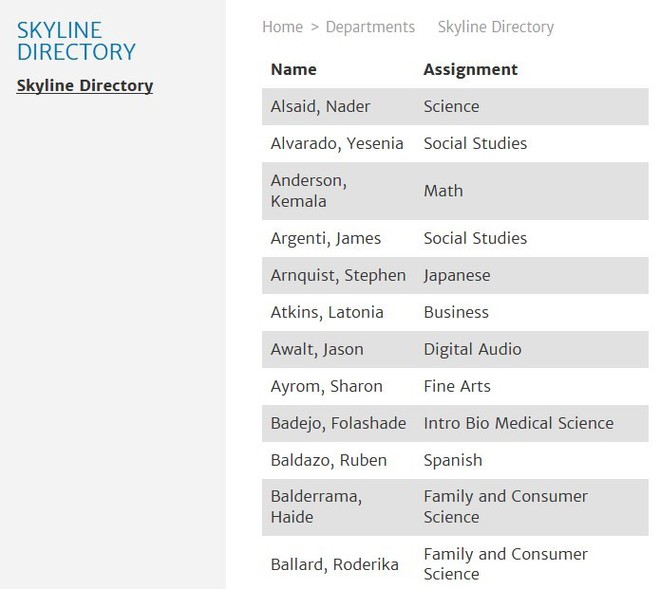 The Skyline High School website lists Stephen in the directory

Stephen appears to be part of many online alt-right communities. He has a Disqus account, a web commenting service. His "frequented communities" include TRS (The Right Stuff), a podcast hosted by white nationalist Mike Peinovich. One Discord message posted by Stephen Arnquist said that "It's much easier to "subvert" the republican party, where most of our people are anyway." Peinovich has expressed similar ideas, recently praising Fox News host Tucker Carlson for his soft-core white nationalist remarks. Stephen offers a window into his personal life and his radicalization through a number of blogs on the website Blogger. 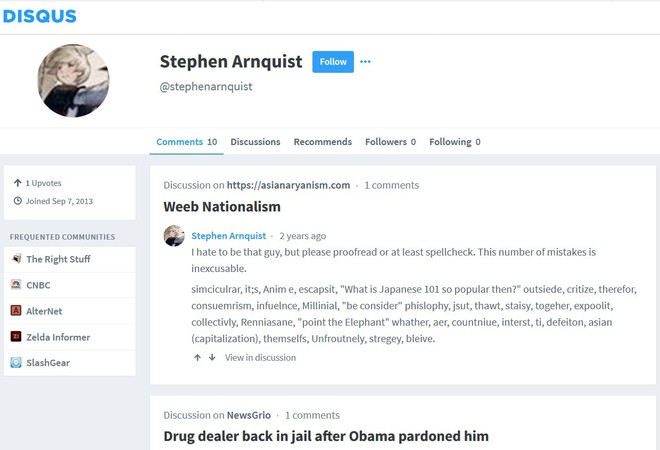 Stephen's profile on Disqus. His frequented communities include "The Right Stuff," a white nationalist podcast hosted by Mike Peinovich

In his blog "Some Stuff," which features posts about video games and real life, Stephen details his plummet into the alt-right. Posts from as early as 2014 show signs of online radicalization. At a glance, Stephen appears to have graduated from far-right YouTube channels to hardcore neo-Nazi forums like Stormfront, and eventually to membership within a hate group. Earlier posts from Stephen's blog show him flirting with chambers of the far right ecosystem such as the Men's Rights Movement, Men Going Their Own Way (MGTOW), and Libertarianism. Stephen begins to express a taste for the far-right online in July of 2014. In a blog post he declares himself a "Libertarian," and credits this to YouTuber Stefan Molyneux. Stephen notes that he arrived at his channel from gun control debates sparked by the Isla Vista massacre, which was carried out by "incel" Elliot Rodger. At the time, Stephen regarded some of Molyneux's ideas as outlandish, but soon fell deeper into the rabbit hole. A few months later, Stephen drafted a string of blog posts attacking feminism and arguing for men's rights. He cites the book "The Myth of Male Power," a shoddy book that casts men as the real victims and helped spawn the modern men's rights movement. These posts continue for several months, devolving into more and more misogynistic rants. One blog post from 2014 talks about taking the "red pill," a term commonly used by the alt-right to describe the adoption of racist, anti-Semitic, and misogynist views. 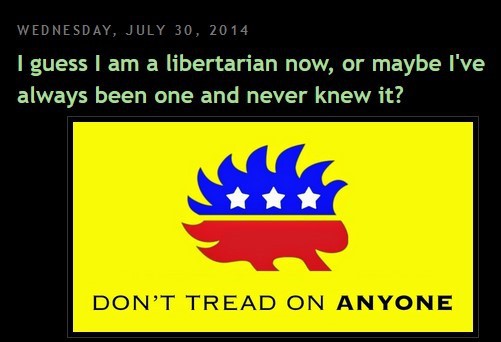 Stephen is a fan of Stefan, an alt-lite "race realist" figurehead 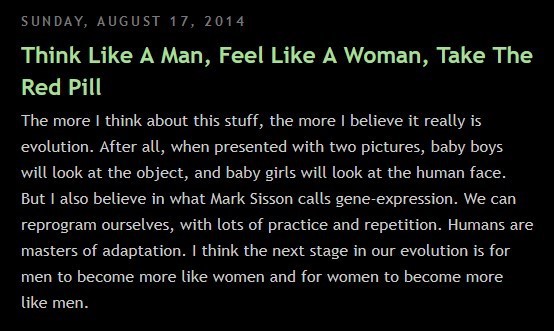 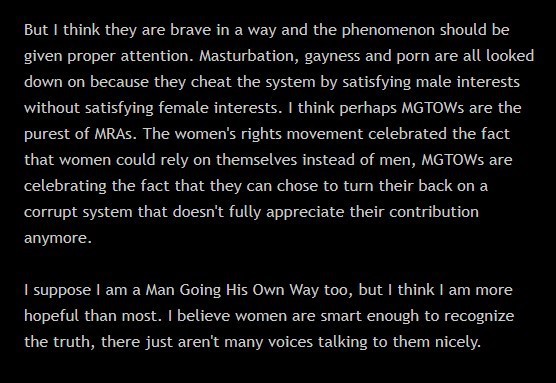 Stephen supposes that he is part of the MGTOW

Stefan Molyneux remains a running theme in Stephen's blog posts. Molyneux appears to be his gateway to the men's rights movement and presumably acted as a stepping stone to white nationalism. By 2015, Stephen had graduated to the neo-Nazi site Stormfront. Stefan Molyneux is an alt-right YouTuber with a lofty subscriber count who masquerades as a philosopher. He is a promoter of scientific racism and has hosted racist figures like Charles Murray, the creator of the "Bell Curve," which claimed race was associated with IQ. Recently, Molyneux openly praised white nationalism following a trip to Poland. 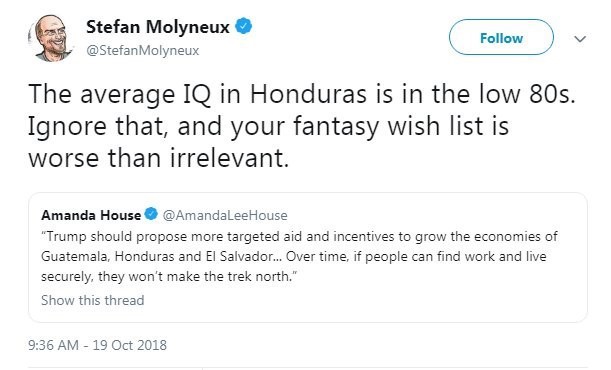 Stephen Arnquist's radicalization is a textbook case of alt-right indoctrination. His path began with anti-feminist and misogynist content pushed by far right YouTube personalities like Stefan Molyneux. This is a common port of entry to the alt-right, as antifeminism is often grounded in the false notion that inequality and misogyny is justified because of perceived differences among genders. This is a core logic of fascism, and is also employed to support racism, xenophobia, and anti-Semitism. These different strains of hate must be viewed as connected, part of a broader web that defines the alt-right.

Identity Evropa is a dangerous and violent white nationalist group. Identity Evropa took part in the deadly 2017 Charlottesville rally where Heather Heyer was murdered by white nationalist James Alex Fields. Identity Evropa has rallied to call for a complete ban on immigration and supports the construction of a white nationalist ethnostate. Stephen Arnquist stands for these same ideas. In order for Stephen to participate in the Identity Evropa Discord chats, he had to pay dues to the organization. It is likely that Stephen is also a part of the rebranded organization, called the American Identity Movement. Stephen Arnquist should be fired immediately. Because of his white supremacist organizational activities, Arnquist is a danger to students and therefore unfit to provide an equitable and safe learning environment for students. Please contact the Dallas Independent School District and demand they fire Stephen: 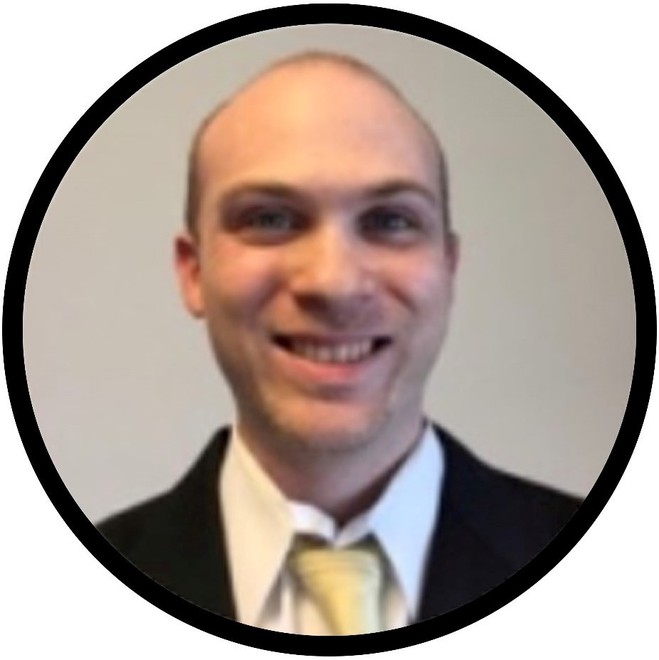 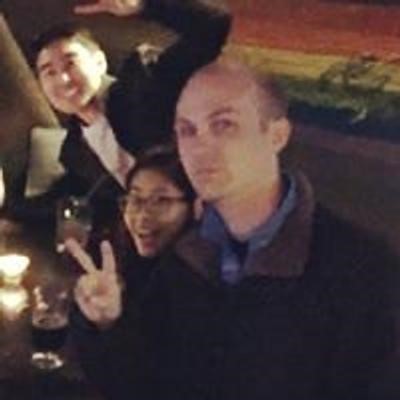 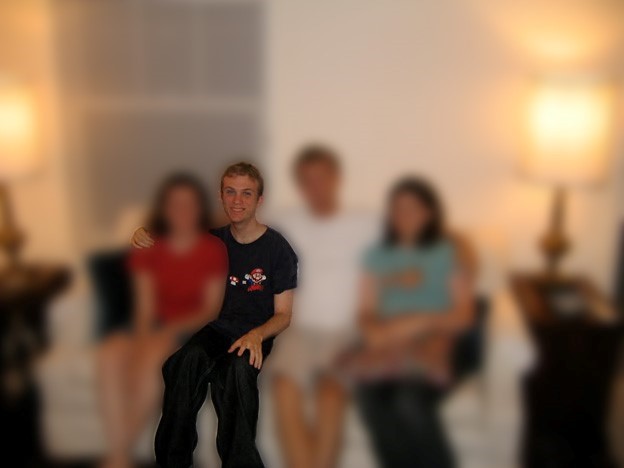 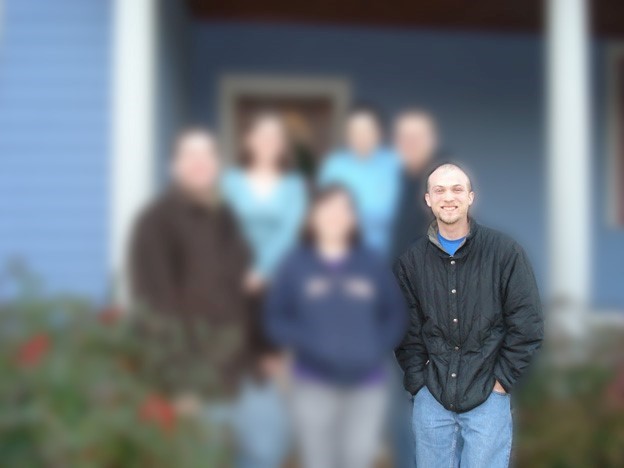 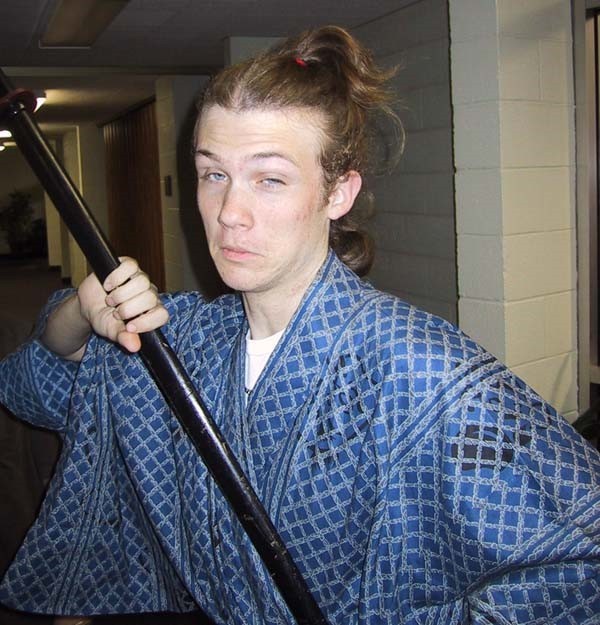